How Nigerian Army General Okuntimo Tortured Ken Saro Wiwa, Other Ogoni Activists Before They Were Killed In 1995


Okuntimo a former army officer was responsible for the torture and later the eventual murder of activist, Ken Saro Wiwa and others. 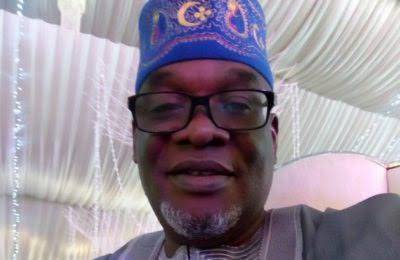 Paul Okuntimo
Details of the evil past of a retired Nigerian Army Brigadier-General, Paul Okuntimo has been made public.
According to Sahara Reporters, Okuntimo a former adviser to Kogi State Governor, Yahaya Bello, who died on Sunday, superintended the torture and killing of Ogoni leaders including Ken Saro Wiwa in 1995.
Okuntimo, the Okun-Yoruba leader, had succumbed to cancer at the University College Hospital, Ibadan, on Sunday afternoon.
SaharaReporters learnt that he was the Commander, Internal Security, in Rivers State, under the junta of late General Sani Abacha – a time when he was a Lieutenant-Colonel.
The retired Brig.-Gen Paul Okuntimo, who hailed from Yagba East Local Government Area of Kogi State, was chairman, Workers’ Screening and Verification Committee under Governor Yahaya Bello.
SaharaReporters was told the catalogue of torture and deaths of the Ogonis which occurred under the watch of Okuntimo.
“Most of the Ogoni leaders arrested in connection with murder of the four chiefs stated that they were subjected to torture or other ill-treatments; they were held at Bori detention centre or the Kpor camp, under the control of Paul Okuntimo.
“For example, Baribor Bera, a member of the Movement for the Survival of the Ogoni People (MOSOP) youth organisation, told the court that after his arrest, he was brutally tortured, forced to sign a confession and implicate other defendants. On 23 February 1995 he showed the tribunal scars from beatings he said he had received at Bori.
“He stated that he was stripped naked, tied to a pillar, flogged with a horsewhip ("koboko") and made to swallow teeth knocked out as a result of being beaten. Ken Saro-Wiwa told the court that while in detention he was regularly beaten, held in manacles in a cell containing 30 other Ogoni prisoners, denied food and medical care.
“Daniel Gbokoo, another of the Ogoni nine, had to be carried into the tribunal and supported by co-defendants because he was ill as a result, he said, of being beaten with gun butts at the time of his arrest,” witnesses recalled.
“On 27 June 1995 another defendant, Paul Levula, told the tribunal that he had been strung up by his hands for a long period on two occasions by the police in Port Harcourt following his arrest.
“No-one has ever been held to account for the torture and other ill-treatment suffered by those detained in the wake of the murder of the four chiefs,” another stated.
It will be recalled that on February 6, 1995, Ken Saro-Wiwa, Dr Barinem Kiobel and the other prisoners were allowed to see their lawyers for the first time since their arrest in May the previous year. They were put on trial by a specially constituted tribunal – The Civil Disturbances Tribunal.
Ken Saro-Wiwa, Barinem Kiobel and Saro-Wiwa’s deputy in MOSOP, Ledum Mitee, were accused of inciting the murders. The other men were accused of carrying them out. They all faced the death penalty and were denied the right to appeal should they be convicted.
In September 1995, Amnesty International reported that “the prosecutions appear to be politically motivated and the proceedings and decisions of the special tribunal set up specifically to try the cases do not satisfy international standards for fair trial.”
Amnesty International highlighted the following concerns including that during their detention, defendants were tortured and denied food. They were held incommunicado for at least eight months, denied access to lawyers and their own doctors.
“Even after the start of the trial, the commander of the ISTF, Paul Okuntimo, allowed consultations between defendants and their lawyers only by prior arrangement with him and usually only in his presence,” witnesses further stated.
Relatives of the activists also reported that they were assaulted by soldiers when trying to visit the defendants, who were held at the Bori camp, which was under the control of Lt Colonel Okuntimo.
Top Stories