It was gathered that Japhet Toryila and three other persons were killed by Fulani herdsmen. 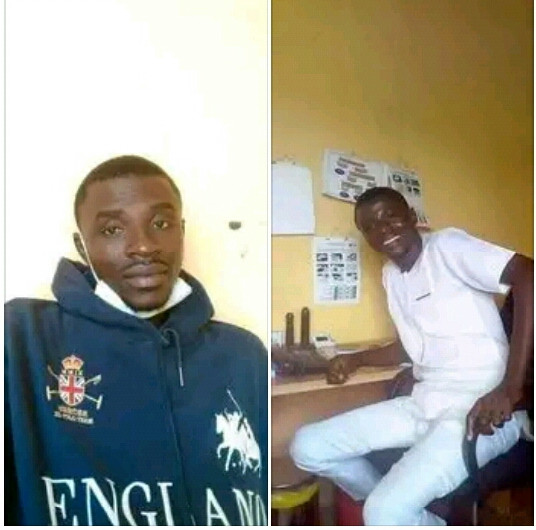 Victims killed by herdsmen
A 200 level student of the Benue State University has been confirmed dead.
It was gathered that Japhet Toryila and three other persons were killed by Fulani herdsmen.
The Public Administration student was killed by the assailants in his farm at Tom-ayin in Guma Local Government Area of Benue state, on Sunday afternoon, July 18.
Japhet concluded his first semester exams last week and proceeded home to farm.
A family source said that the deceased was an orphan who farm to pay his school fees.
Meanwhile, friends, coursemates and colleagues have taken to Facebook to mourn him. His room mate, Bola Dabo said they were together on Saturday.
"I have cried and I can't cry anymore. My room mate, my brother and friend a public administration student of benue state university. I and Japhet Toryila were together yesterday and today Japhet is no more, he was killed by Fulani gunmen this afternoon kiaaa I will forever miss you bro. may your soul rest in peace." he wrote.
Prince Alaka: "On behalf of my humble self, family members and NOSA NATIONAL SECRETARIAT as assistant general secretary, announce to you the death of our beloved brother, school mate, course mate, and a friend, in person of Mr Japhet Toryila, who is currently a 200L student in the department of public administration, Benue state University Makurdi. Which his death, was as a result of cattle owners (FULANIS), as they attack him with three others and end their dreams. Brother we love you, but GOD love you more, we pray that may God judge you with mercy. RIP Mr japhet" 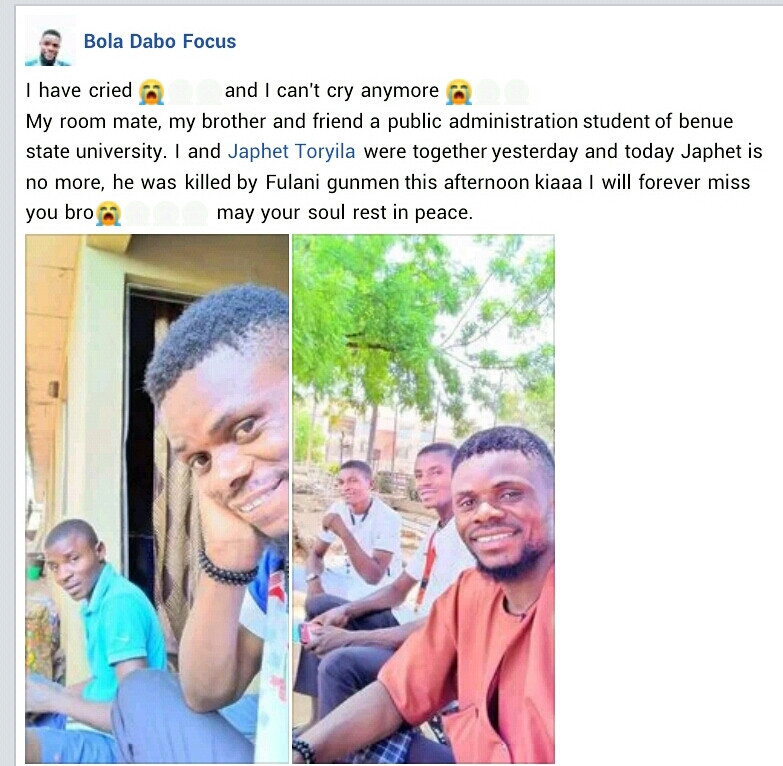 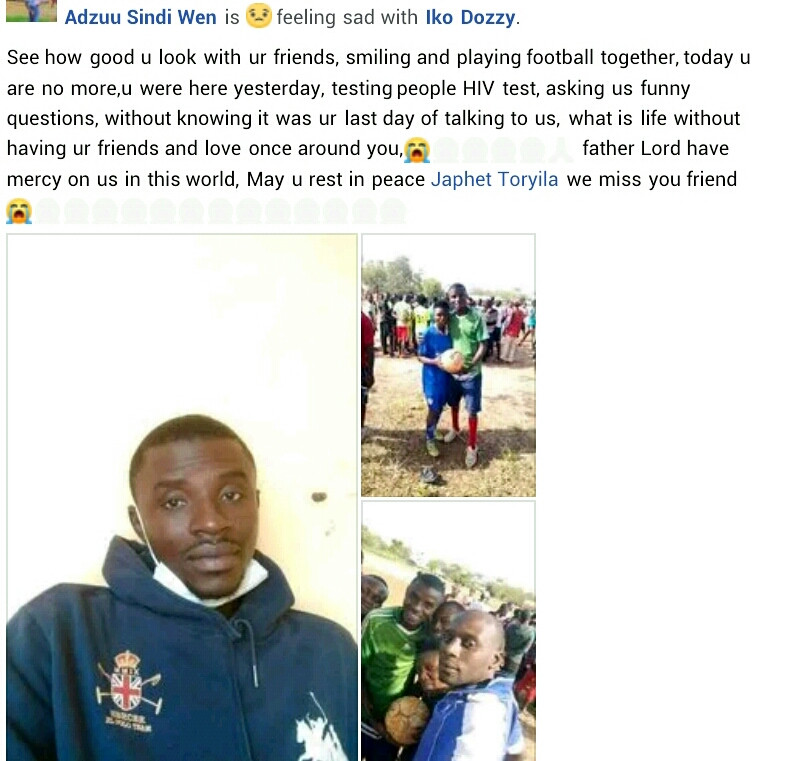