The terrorists who were fleeing aerial and artillery bombardments surrendered to troops. 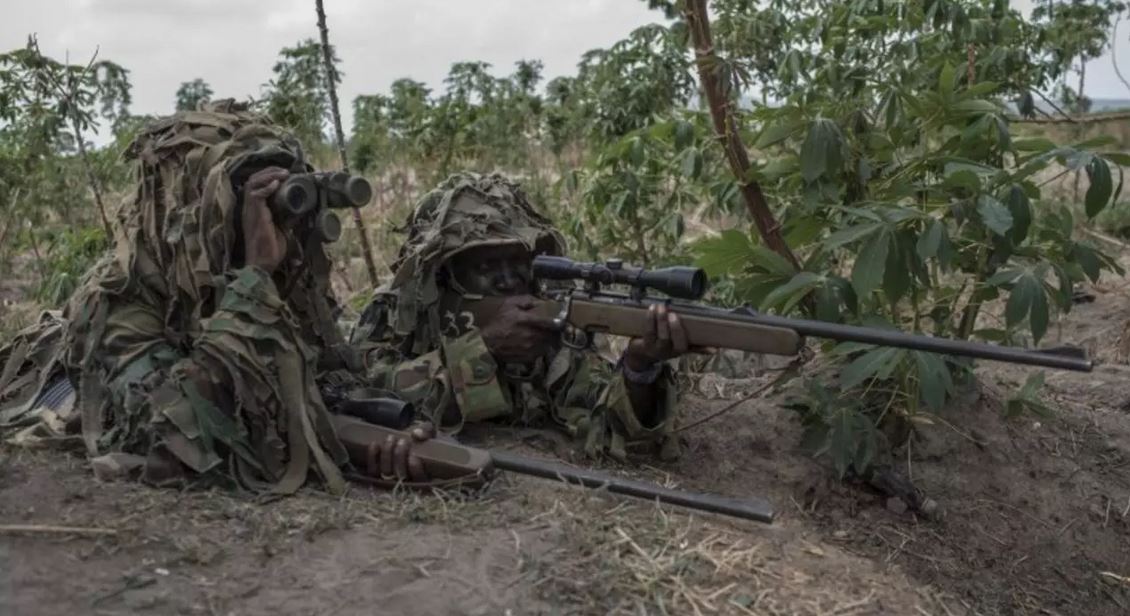 28 members of the Islamic State for West African Province (ISWAP) and Boko Haram terrorists alongside their families have surrendered to troops of 151 Task Force Battalion under 21 Special Brigade in Borno State.

The Director of Army Public Relations, Brig Gen Onyema Nwachukwu disclosed this in a statement on Wednesday, July 21.

He said the terrorists, who were fleeing aerial and artillery bombardments, surrendered to troops and that the terrorists and their families were taken in at the outskirts of Aza and Bula Daloye villages in the Bama Local Government Area of Borno state by troops of the battalion.

The army added that the suspected terrorists were undergoing preliminary investigations.

“In a separate operation on July 17, 2021, troops of 7 Division Garrison in conjunction with Civilian Joint Task Force, acting on credible intelligence tracked and arrested Boko Haram informants and logistics suppliers, during a cordon and search operation in Lawanti and Gongolun Communities of Jere Local Government area of Borno State.

“During preliminary investigations, the suspects confessed to have been working as informants for the terrorists, whom they provide with information on troops’ movements, locations, deployments, strength, calibre of weapons and other activities.

“The suspects disclosed that they were remunerated by the terrorists with proceeds made from selling dismantled old motorcycle parts to dealers in order to fund their purchases,” Nwachukwu added.