He talks about his hellish experience in the police cell where he was detained for nearly two months over kidnap allegation. 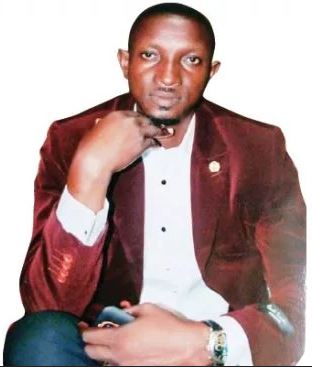 In this interview, Mr Wariboko Basoene, a former Community Development Committee Chairman of Abissa, Akuku-Toru Local Government Area of Rivers State, tells DENNIS NAKU about his hellish experience in the police cell where he was detained for nearly two months over kidnap allegation

When and where were you arrested?

What was the issue that led to your arrest?

They arrested me and took me to the anti-kidnapping unit at Mini Okoro Police Station. They told me that they needed to see my nephew, otherwise I would not be released. But they later changed the story and said I was the one involved in the kidnap, which is not true.

What happened when you got to the police station?

They detained me. I was detained for two months and 26 days in the police cell.

Were you tortured in the police cell?

The most painful part was that they stripped me down to my underwear and chained me down by the legs for one month and 26 days and there was no food for me to eat. It is a place that while you are there, you will begin to think of the past. You can even change from your bad ways. It was very painful to me because it was the first time I would be arrested in my entire life.

Do you mean you were not given food throughout your detention period?

There was water in the cell. But for food, if I ate once, there would be nothing for another four to five days or even a week. So, I started begging my cell mates. But they too were not buoyant enough to give me food every day. It was by God’s intervention that I was alive till I was released.

Didn’t your family members or relatives visit you while you were in detention?

How were you released?

It was after my family members were allowed to see me that they started making moves for my bail. Even the lawyers that came initially didn’t have access to me. It was the Chairman of the Rivers State Civil Society Organisation and one other lawyer who tried to penetrate and ensured that my family saw me at the office of the Commissioner of Police.

What is the size of the cell, in which you were kept?

It is just like a one-bedroom flat, but very small.

How many of you were in the cell?

Sometimes we were up to 50, sometimes 40. The number of persons they detained increased or reduced by the day.

Is it true that you went to thank the Commissioner of Police, Friday Eboka, after you were released?

Why did you do that?

I did that to show my appreciation because it was not easy. Some persons who are in the cells or even prison are innocent. Some landed there as a result of false allegations heaped on them by people who hate them. In my case, after the CP looked at the issue critically, he told me to go because I was able to answer clearly most of the questions he asked me. He also interviewed the person they claimed was my accomplice. But that person repeatedly said he didn’t know me. He said he would not hide the truth no matter how much pressure the police put on him.

The CP personally interviewed me in the presence of my lawyer, Mr Higher King. Some journalists were also there.

What do you want now?

I want the police and the government to thoroughly investigate the man that levelled a false allegation against me. Although I have been released, I am begging the Commissioner of Police to investigate the matter to find out the truth so that I can enjoy my freedom and clear my name.