Kanu's lawyer gave the assurance today after the federal government failed to produce the Indigenous People of Biafra (IPOB) leader in court. 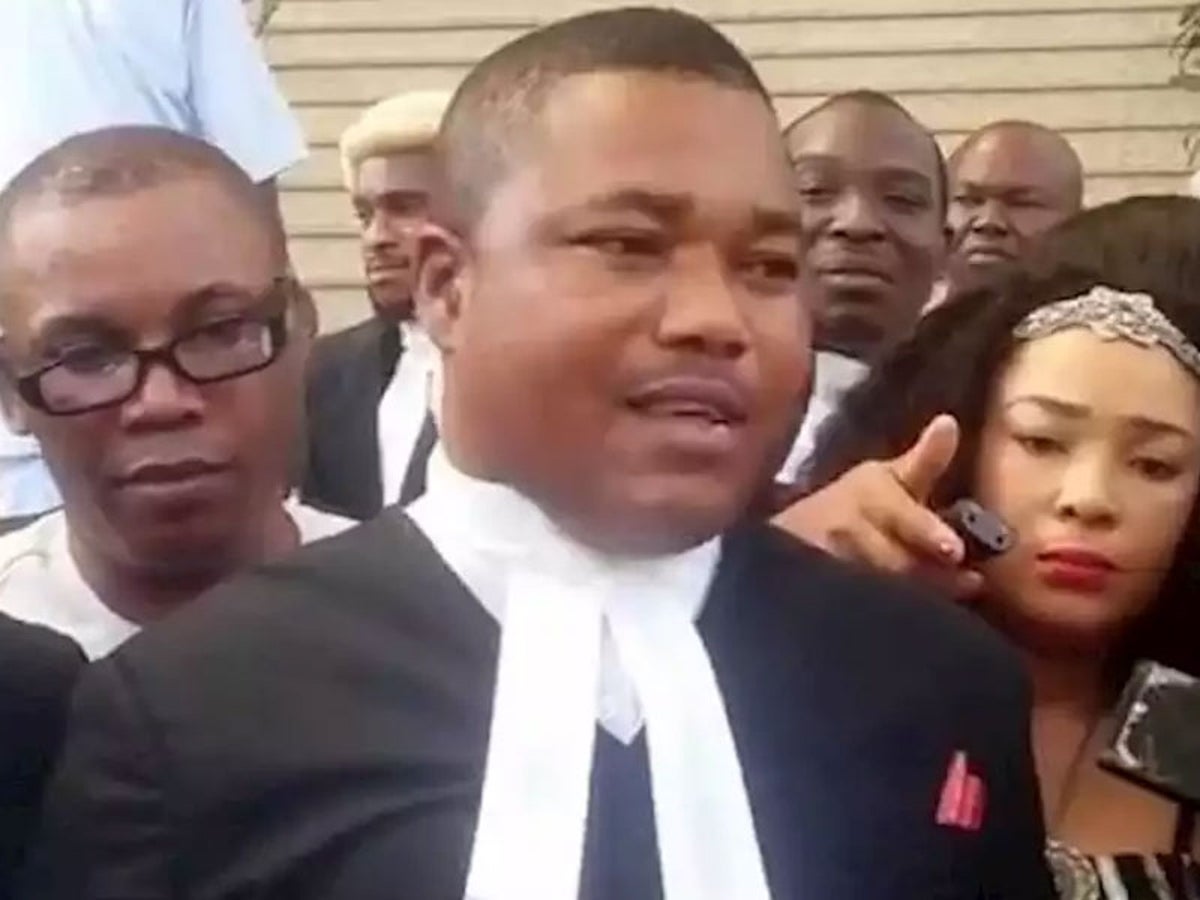 Ifeanyi Ejiofor
Nnamdi Kanu's lawyer, Ifeanyi Ejiofor has revealed that the Biafra agitator will soon be released.
The lawyer gave the assurance on Monday after the court session.
The federal government failed to produce the Indigenous People of Biafra (IPOB) leader in court.
The new counsel, Mohammed Abubakar had announced that Kanu could not be produced due to logistics reasons.
Justice Binta Nyako of the Federal High Court adjourned until October 21.
Kanu will remain in the custody of the Department of State Services (DSS).
In a statement, Ejiofor assured that Kanu will emerge victorious.
The legal practitioner also gave an update on new developments.
“Our Client -Mazi Nnamdi Kanu cannot only be visited by his lawyers but relatives and friends, provided there are only two persons in every of such visits.
“It is now an order of the court. Anybody within the above classification will be profiled by our Head of Chambers.”
He announced the activation of a judicial process to ensure that the court grants a fiat to hear the case during the court’s annual vacation that commenced today.
“Our discreet findings confirmed that Nnamdi Kanu was not taken out of Abuja to an unknown destination. Kindly ignore the rumour mongers.
“We will visit him again within the next 48 hours. Mazi Nnamdi Kanu will regain his freedom sooner than may be expected”, Ejiofor added.
Top Stories