The Imo State High Court has declared Chuma Umeoji as the Governorship candidate of APGA in Anambra state. 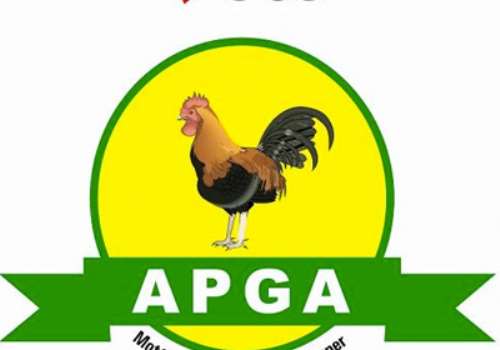 Chuma Umeoji is the authentic Governorship candidate of the All Progressives Grand Alliance, APGA in the upcoming Novermber election, the Imo State High Court has ruled on Wednesday.
The court dismissed a suit filed before it seeking to nullify the Owerri Convention of APGA which led to the emergence of Chief Jude Okeke as National Chairman of the party.
The petitioner had also prayed the court to declare null and void everything Jude Okeke had done as national chairman of the party some of which include the conduct of the primary election that produced Okeke as the party’s candidate.
Chief Ghiki Dike, the plaintiff and loyalist to the Oye Njoku led faction, had asked the court to invalidate the national convention of the party held on 31st May 2019 and the subsequent emergence of Chief Jude Okeke as the acting National Chairman, the
However, delivering his judgement, Justice B.C Iheka threw out the case and granted the prayers for consequential orders sought by Chief Okeke affirming the validity of the Owerri convention of APGA, his subsequent appointment by the NEC as the Acting National Chairman and the primary election of APGA held on 1st July 2021 as well as the nomination of Chuma Umeoji as APGA candidate for the election.
He ordered INEC, which was joined as 1st Defendant in the suit, to recognise Chuma Umeoji as an authentic candidate of APGA.
The order read, “that the 1st Defendant (INEC) is hereby ordered to accord the 3rd Defendant the due recognition and forthwith continue to accept, recognize or publish the name of Chukwuma Umeoji, being the candidate nominated at the primary election conducted by the 3rd Defendant on 1st July, 2021, as the candidate of APGA for the Anambra State governorship election scheduled to hold on 6th November 2021 or at any other date and to mandatorily include the said Hon. Chukwuma Umeoji, as the governorship candidate of APGA in all the electoral process for the Anambra State governorship election.”
Top Stories