According to reports, the tragic incident happened on Monday, Aug 2, in the evening when the deceased and four others were on their way to school. 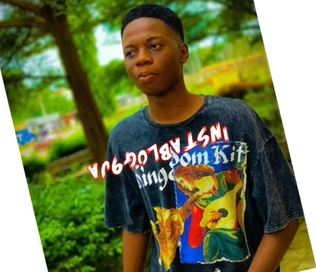 Akinleye
A trailer driving against traffic has caused the death of a 200 level student of software engineering in Federal University of Technology, Akure, Ondo State, Akinleye Daniel, aka 9jabaz.
According to reports, the tragic incident happened on Monday, Aug 2, in the evening when the deceased and four others were on their way to school when they ran into a trailer driving against traffic and were crushed around Adesuper area in Akure, the state capital.
According to multiple sources, students who witnessed the accident rushed to the school gate to call for an ambulance from the health center but were prevented by the ‘Sheriff’ — gatekeeper from gaining entrance.
“We rushed the victims to the school to get help but the gateman didn’t allow us in. The officers at the health center said there was no fuel in 4 ambulances to convey the victims. We had to rush them to another hospital where Daniel was pronounced dead while the remaining four are lying in an unconscious state,” a source said.
The unfortunate incident has sparked outrage on social media with users demanding an explanation from the school’s authority.