The artisan was working on a construction site in Rumuigbo, when a resident invited the police to arrest workers on the site, claiming that the contractor used sand to block his apartment. 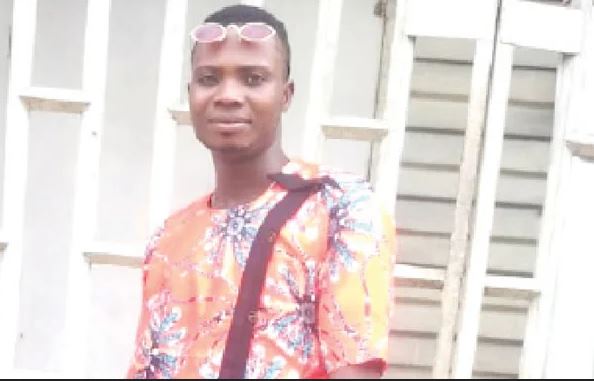 According to a report by The PUNCH, the corpse of an artisan, Ubong Friday, who drowned in a swamp while trying to evade arrest by the police in Rumuigbo, Obio/Akpor Local Government Area of Rivers State on Monday, has been recovered even as his family is demanding justice.

The artisan was working on a construction site in Rumuigbo, when a resident invited the police to arrest workers on the site, claiming that the contractor used sand to block his apartment.

An eyewitness told journalists that when the cops got to the site, Ubong ran into a swampy area after one of them allegedly chased him with a gun, and he drowned in the process.

The deceased’s brother-in-law, Joseph Etim, who confirmed that the artisan’s corpse was recovered by policemen and deposited in the morgue of the University of Port Harcourt Teaching Hospital, alleged that the police were responsible for his death.

Etim expressed grief over Ubong’s demise and vowed not to allow the matter to be swept under the carpet.

He stated, “The Divisional Police Officer sent her men to bring the corpse from where it was recovered. I want justice so that the issue will not be swept under the carpet like it is normally done when police personnel kill innocent people.

“The police are not saying anything other than recovering the body and depositing it in the UPTH morgue.”

When contacted, the spokesman for the state police command, Nnamdi Omoni, said police personnel had no hand in the artisan’s death, but only responded to an invitation by a resident.

He stated, “They were trying to clear the place that was blocked and our men were invited. It wasn’t as if the police were chasing him (Ubong); when our men advanced to the place, the workers all ran.

“He (the artisan) tried to scale a fence and landed in a pit and got stuck. What I’m telling you is what the DPO told me.”