Amnesty revealed that many of those killed were deposited at government hospitals in Imo and Abia states. 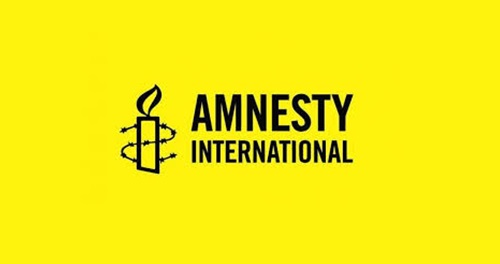 At least 115 persons have been killed in the south-east by security forces between March and June, Amnesty International has revealed.
Amnesty International, in its recent report, said relatives of the victims denied the deceased were part of the ‘unknown gunmen’ that were attacking security agents.
In the report entitled, ‘Nigeria: At least 115 people killed by security forces in four months in country’s Southeast,’ the organisation further claimed that many of the victims were deposited at government hospitals in Imo and Abia states.
Furthermore, the human rights watch organisation quoted some hospital sources as saying that all the victims deposited by the police had bullet injuries, adding that at least 21 security personnel were also murdered within three months in Imo.
According to AI’s report, more than 500 were arrested after police and military raids.
Amnesty International, through its Country Director, Osai Ojigho said there are evidence which painted a damning picture of ruthless excessive force by security operatives in Imo, Anambra and Abia states.
“The evidence gathered by Amnesty International paints a damning picture of ruthless excessive force by Nigerian security forces in Imo, Anambra and Abia states,” it noted.
The report added that security agencies in Nigeria have committed a catalogue of human rights violations and crimes under international law ranging from mass arrests, torture, excessive unlawful force among others, in the South East.
The report noted, “Nigeria’s government has responded with a heavy hand to killings and violence widely attributed to the armed group calling itself Eastern Security Network, the armed wing of the Indigenous People of Biafra, a pro-Biafra movement.
“According to government officials, the ESN killed dozens of security operatives and attacked at least ten public buildings, including prisons and police stations, from January to June. In response, security forces comprising military, police, and Department of State Services have killed dozens of gunmen, as well as civilians, where attacks have been committed.”
Eyewitnesses told AI that the security forces engaged in excessive use of force, physical abuse, secret detentions, extortion, burning of houses, theft, and extrajudicial executions of suspects.
The human rights groups estimated that the death toll from violence between January and June 2021 in Anambra, Imo, Abia, and Ebonyi states might run into the hundreds, adding that the police said ESN fighters killed 21 of its personnel in Imo State alone.
The Eastern Security Network, ESN, the security wing of the Indigenous People of Biafra, IPOB, was accused by the Nigerian government and its security agencies of carrying out series of attacks most notably on Imo Police headquarters and Imo Correctional Centre, where many prisoners were set free.
Top Stories