The state Commissioner of Police, Hakeem Odumosu, was said to have directed officers and men as well as tactical commanders of the command to immediately embark on full enforcement. 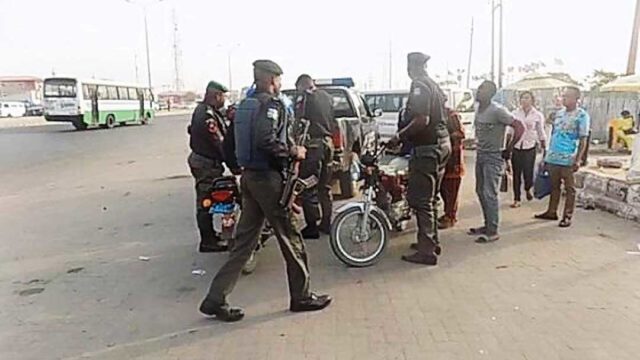 The PUNCH reports that the Lagos State Police Command has vowed to embark on full enforcement of restriction order on motorcycle operations in the state, noting that any violators, including policemen and military officials, caught will be arrested and prosecuted.

The state Commissioner of Police, Hakeem Odumosu, was said to have directed officers and men as well as tactical commanders of the command to immediately embark on full enforcement.

The outgoing Police Public Relations Officer in the state, CSP Muyiwa Adejobi, in a statement on Friday, said the order was informed by the act of lawlessness and impunity exhibited by some road users, especially okada riders, operating within the six local government areas and nine local council development areas restricted for their operations.

The statement read in part, “The police boss particularly ordered officers and men of the command to go after road users, including okada operators, who drive against the traffic and ply BRT corridors. He emphasised that the violators should be arrested and prosecuted accordingly.

“CP Hakeem Odumosu specifically warned security operatives who violate traffic laws in the state to desist from the unlawful act as any security personnel, be it police, military or paramilitary caught violating traffic law will be arrested and made to face the full wrath of the law.”

Odumosu, however, warned teams detailed for the enforcement to act within the ambit of the law.