According to a source, the incident happened when a vehicle that was waiting to be dispensed fuel, suddenly caught fire. 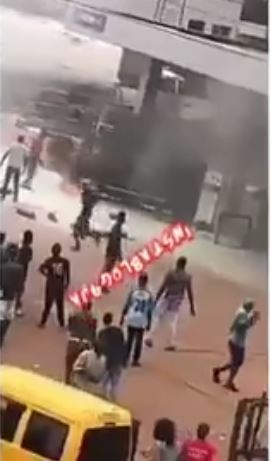 In what will come as a really startling development, some Enugu residents stopped an explosion from occurring recently.

The explosion was averted on Friday, August 6, at a filling station in Trans Ekulu, Enugu State.

According to a source, the incident happened when a vehicle that was waiting to be filled with fuel, suddenly caught fire.

“Parked next to the car was a fully loaded tanker.