Nigerian Arrested In India For Defrauding Teacher Of N2.2m With Promise Of Job Overseas


The suspect was arrested by a team of officials on Saturday, August 7 and remanded to judicial custody on Sunday. 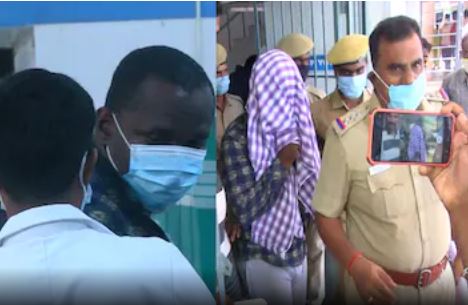 A 35-year-old Nigerian man has been arrested by the Dindigul cybercrime police in Tamil Nadu for defrauding a school teacher of Rs 4 lakh (N2.2m) by promising him a job in Canada.

The suspect identified as Uchenna Christian was arrested by a team of officials on Saturday, August 7 and remanded to judicial custody on Sunday.

According to police, the complainant, M Venkatachalapathy,45, of Pallapatti in Dindigul, was working as a teacher at a private school in Vellore. Due to the pandemic and the subsequent lockdown, he left Vellore and returned to his native.

He got acquainted with the suspect through Facebook. Uchenna reportedly promised Venkatachalapathy that he would get him a job in Canada. Citing expenses for making arrangements, including passport, he allegedly demanded about Rs 4 lakh, which Venkatachalapathy paid, the police said.

However, when he started demanding more money, Venkatachalapathy grew suspicious and lodged a complaint with the Dindigul cybercrime police in March this year, they added.

With the help of Uchenna's social media account, mobile number, and bank transaction details, the police traced his whereabouts and found that he is currently residing at Perundurai in Erode district. He was subsequently arrested and remanded.

The suspect would be lodged at Puzhal Prison in Chennai, the police said.

Whether he has cheated any other person or has any accomplices is yet to be found, they added.