The church was demolished by officials of Borno Geographic Information System and the Civilian Joint Task Force, leaving church members without a place for service. 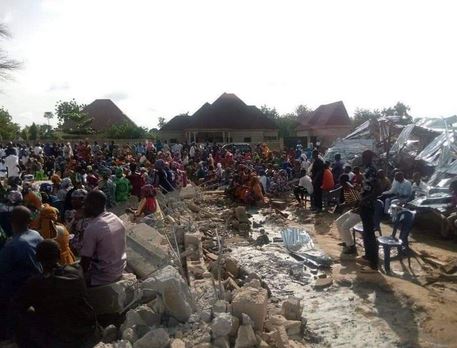 Following the demolition of the church, Christian faithful in Maiduguri gathered on Sunday, August 8, to hold service surrounded by the ruins.

Also, during the demolition of the Church on August 5, 29-year-old Mr Ezekiel Bitrus Tumba, a son of Ecwa Church pastor, was allegedly killed.

But worshippers were undeterred and chose to hold service at the scene of the demolition.

Sharing photos from the church service, Hausa Christians Foundation, HACFO, wrote on Facebook: "They demolished the building, thinking it is the CHURCH. The Church is Forever unstoppable and indestructible.

"Jesus Said, I will build my church, and the gate of hell shall not prevail against it."

Meanwhile, the Chairman of  Christian Association of Nigeria (CAN), Bishop williams Naga has condemned in strong terms the killing of Mr Ezekiel Bitrus Tumba, a son of Ecwa Church pastor, and demolition of Local Church of Brethern in Nigeria.

Naga said at a press briefing on Saturday, August 7: "The incident which occured on Thursday August 5, 2021 which was the demolition of the EYN LCB Maduganari and killing of a brother, 29 years old Ezekiel Bitrus Tumba, and injuring of five others working at the Church premises by Civilian JTF was tragic, condemnable.

"Officials of Borno Geographic Information System (BOGIS) led by its Executive Secretary, Engr Adams Bababa, brought CJTF to the Church not only for demolition but also ended up killing our brother and son.

"The reaction by youths which followed was report caused by the seizure of peoples’ mobile phones and refusal to return same phones to the people by BOGIS.

"The entire Christian Community has been thrown into mourning mood as brother who was a bread winner of his family was sent to his early grave by zealous BOGIS head and CJTF for simple reason of stoppìng Church expansion in the state.

"Unfortunately, we the Christians in the state have been denied Certificate of Occupancy to build Church by the state government since 1979, but we acquire lands/plots by ‘Deed of Assignment to build our places of worship’.

"It appears BOGIS with these latest activities is out to ensure no church is allowed to exist in the state, fuel tension and caused disatisfaction among peace loving Chritians and Muslims in a fragile state as Borno." 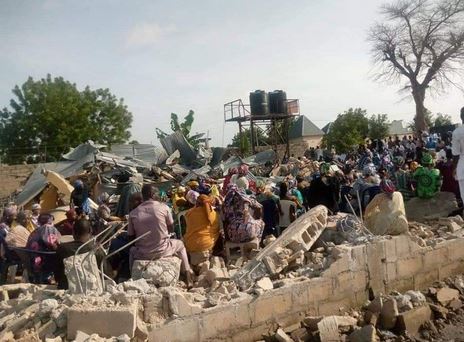 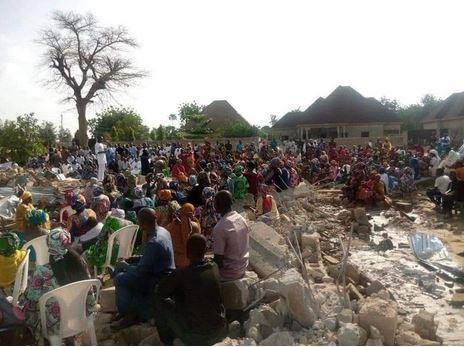 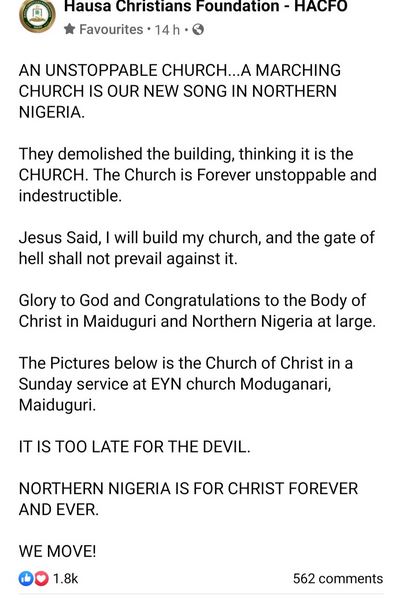