Justice A. T. Mohammed of the Federal High Court in Port Harcourt, Rivers State, is presiding over the case. 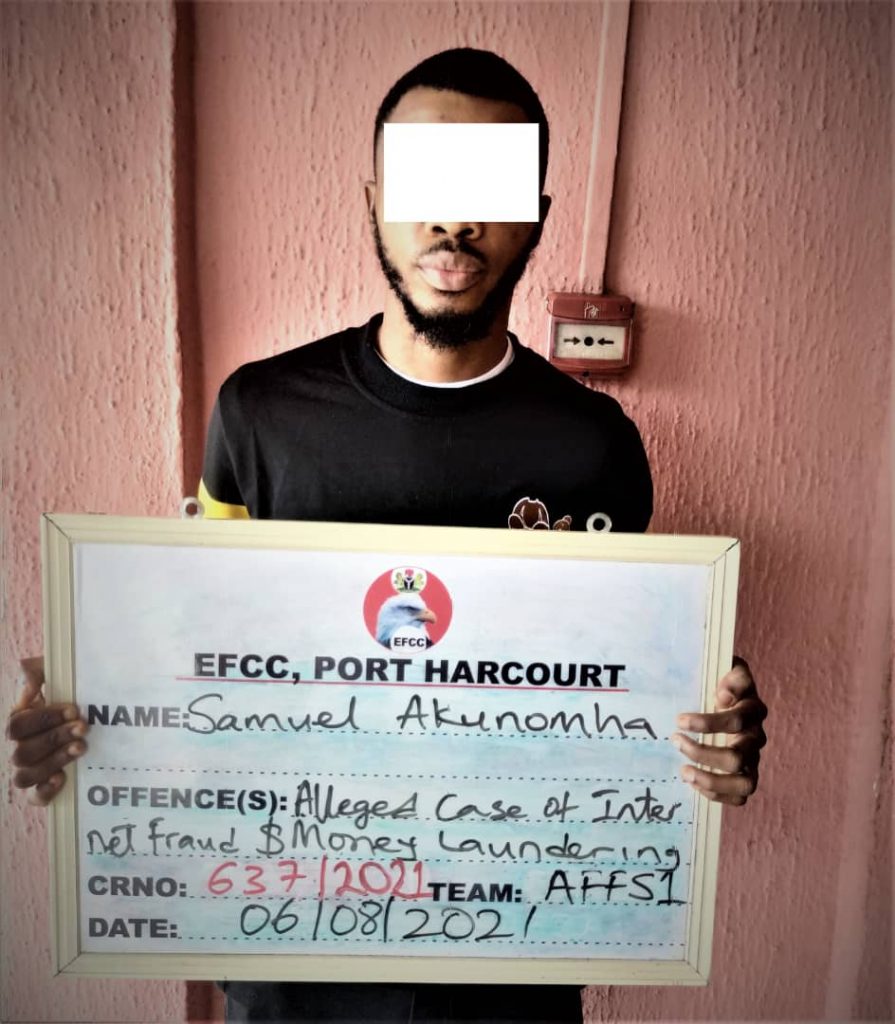 Justice A. T. Mohammed of the Federal High Court in Port Harcourt, Rivers State, is presiding over the case.

Akunomah faces 45-counts bordering on internet fraud, impersonation and obtaining money under false pretense to the tune of N425,000,000.

Among the charges, in 2020, Akunomah and Omena Precious Okeren, Shittu Adebayo, Austin Chibike, Charemon Golden (all at large) took possession of the sum through FCMB Bank Account No. 4915799016 in the name of Skillz Nigeria Enterprises.

EFCC said the money formed part of the proceeds of an unlawful act and run contrary to Section 15 (1)(2) (d) of the Money Laundering (Prohibition) Act, 2011 (as amended).

Prosecution counsel, S. M. H. Ibekute prayed the court to remand the defendant in a correctional facility pending the commencement of trial.

Akunomah’s lawyer, Daninagbo Davies opposed and made a request for his bail.

In his ruling, Justice Mohammed ordered the suspect’s remand in the Port Harcourt Correctional Centre until bail determination.