Adeseye Ogunlewe made his submission during an interview with Arise TV on Wednesday. 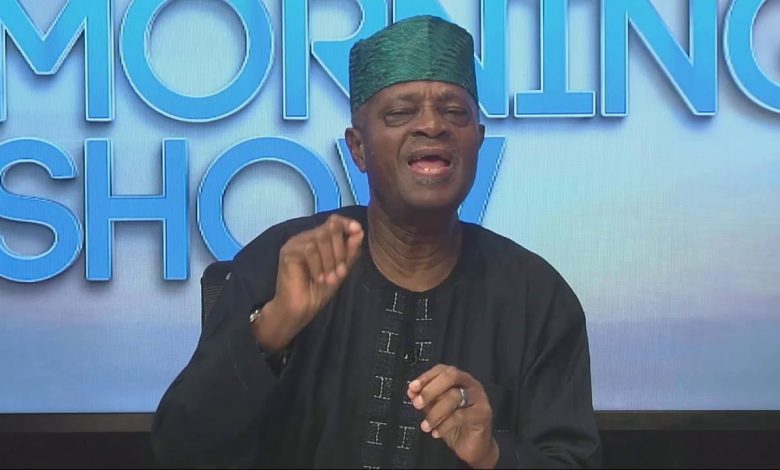 Adeseye Ogunlewe
A former minister of works, Adeseye Ogunlewe has campaigned for Bola Tinubu to become Nigeria's next president in 2023.
He said Tinubu is the most qualified candidate from the South-West to be president.
He also said that the Igbos can't produce the next president because they are not united.
Ogunlewe revealed this during an interview with Arise TV's ‘The Morning Show’ programme on Wednesday.
He said: “Another set of people that are appropriate, they are the people from the southeast but they have the problem of leadership,”.
“They are so endowed that they are spread all over Nigeria and they can gather a lot of votes, but they are too divided. An Imo person, an Enugu person, an Ebonyi man will not listen to themselves.
“They have the money. If they sit down and aggregate what they can offer, they have more money than almost everybody in Nigeria. But have you seen one person from the south-east that said ‘I am interested in the presidency, I will start to campaign all over Nigeria immediately, raise money for me?’ and influence the structure of the party?”
“You must invest in that structure, you must be able to determine who is going to be part of that structure because they are the ones to do the zoning, they are the ones to do the convention to pick a presidential candidate, so if you are not part of them, you are out. So if any easterner is interested, let him start now to invest in the structure of the party.”, he said.
Top Stories