The apex bank, in collaboration with the Nigeria Police and others, will henceforth persecute Nigerians who spray Naira notes. 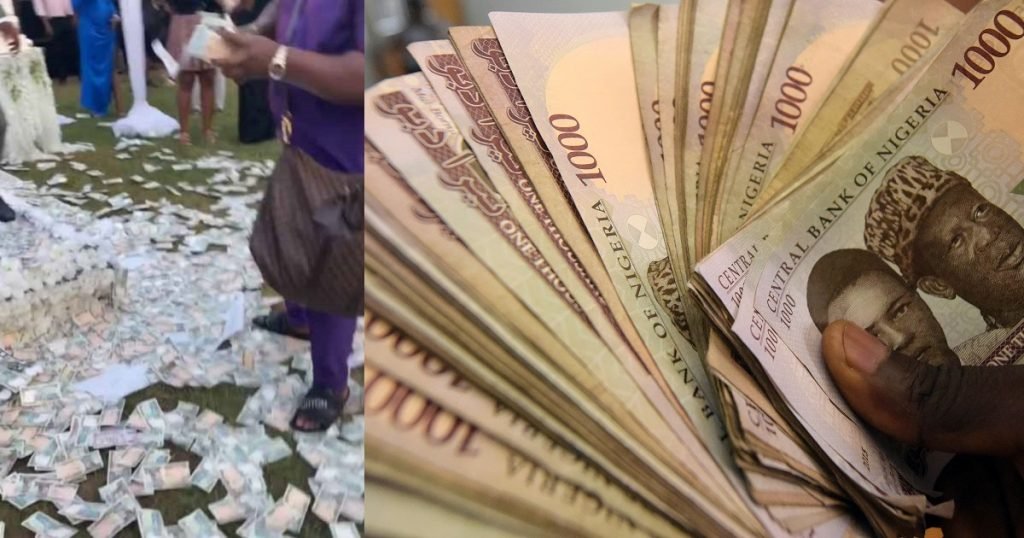 Nigeria's apex bank, the Central Bank of Nigeria, CBN recently announced that abusers of Naira notes would be persecuted.

CBN Acting Director, Corporate Communication, Osita Nwanisobi, citing Section 21(3) of the CBN Act, 2007 (as amended), in a statement said Naira spraying and selling at parties, weddings and funerals was a disrespect to the currency, adding that it has decided to establish a mobile court.

“Defaulters would be jailed for not less than six months and would be given the option of a N50,000 fine.”

This new policy has been met with reactions from Nigerians and financial experts.

When DAILY POST contacted one Mr Akin Adewale from a first generation bank, he welcomed the new policy, adding that spraying of Naira notes could lead to the sale of fake Naira notes at weddings and introduce fake notes into the economy.

He added that the new CBN policy would place value on the Naira and reduce the printing of Naira notes, which will have a positive effect on the economy in the long run.

He told DAILY POST: “ When Naira is sprayed at parties, events, people step on it, it could get torn, traders can print fake and sell fake notes at weddings, which could introduce fake notes into the economy.

“What CBN said is that they spend a lot of money printing it, and the cost is passed on to the economy in the long run.

“If the money is rough or torn, its life span is reduced, and printing becomes more frequent, which leads to inflation.”

Also, a financial expert who pleaded anonymity said the policy does not have a direct effect on the economy.

“The CBN policy to arrest defaulters spraying Naira notes is a good development because the apex bank will not have to print Naira notes.

“This act would have a recourse effect on how Naira is being perceived outside Nigeria.

“It is common practice amongst financial institutions to hide clean note (mint) across different denominations, and they often sell to the highest bidder or give preferential treatment.

“This policy would help in proper determination of clean note and availability to everyone.”

DAILY POST observed that this is not the first time the apex bank will issue such a policy but failed to persecute defaulters.

In 2017, the apex bank had warned that anyone caught abusing the currency will pay a fine of N50, 000 or risk six months in jail if convicted.

However, the policy had not been adhered to as Nigerians continued to spray the Naira at occasions.

Speaking to DAILY POST, some Nigerians believed that the policy might not work because wealthy Nigerians and politicians are guilty of flouting the law, and no arrest has been made since the first warning.

Anozike Ebuben said, ”Spraying Naira and other currencies is loved by Nigerians at different occasions. This policy will be difficult for people who see the act as a culture used to celebrate. In fact, how many people can they arrest? Is it the police that collects bribe daily that would arrest? I doubt.”

Fredrick Sandra said, ”This plan to arrest people was announced two years ago, but they haven’t arrested anyone till date, you know why? Politicians and influential Nigerians are also guilty. Even those who made the announcement will attend parties and you will see them spraying but would not say anything because some policies are meant for the poor. Let us not forget that Buhari’s daughter was sprayed at her wedding, even Malami’s son. Were they arrested?”

Recall that a video of guests spraying money at the wedding of President Muhammadu Buhari’s daughter, Hanan Buhari, and Turad Sha’aban had sparked a heated debate on social media last year.

Those who have severally flouted section 21 of the CBN Act 2007 include self-proclaimed Prophet, Chukwuemeka Ohanaemere, also known as Odumeje.

Nigerians also queried why no one was arrested when a viral video showed the son of the Attorney-General of the Federation, Abdulazeez Malami, being sprayed with money at his wedding in Kebbi State.

@softhots, “ This spray Naira notes and go to jail policy by CBN is somehow. I don’t see it as an abuse of the currency sha. I think it keeps the note fresh.

@Mcshaffy, “ This culture of Naira spraying by Nigerians that has become almost normal should never be normalized. It’s absurd & cancerous. Spraying should be prohibited and I commend CBN for this move.

Dbaba79, “ We need to start worrying about what’s important and leave what’s not. We have too many wrong things in Nigeria to worry about, why add how people chose to flaunt their money to the list? PMB is still President, Boko Haram still wreaking havoc, price of food still over the roof.”

@pacey, “It’s our culture to spray money during an event, even weddings, so I think if this law takes effect, they will be arresting all Nigerians.”

@aderoju, “ First thing first, the act of spraying money is stupid. It shows you don’t value the currency, that’s bad. Nigerians don’t value anything Nigerian. Although, I doubt they will adhere to the policy, I feel it is a step in the right direction.”