Nwiyaara, a 300 level Architectural Science student of same institution was arrested by the police while attempting to escape after allegedly killing Ozondu. 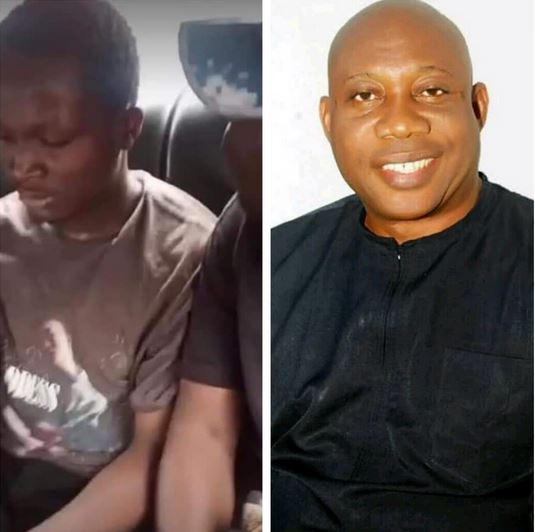 Hon. Prince Ngbor Piccolo, the member representing Khana Constituency 2 in the Rivers State House of Assembly, has refuted claims of having any biological relationship with Wisdom Nwiyaara, the alleged killer of Derrick Ozondu, a final year student of the Rivers State University(RSU)

Nwiyaara, a 300 level  Architectural Science student of same institution was arrested by the police while attempting to escape after allegedly killing Ozondu. Reports claimed that he is related to Hon. Prince Ngbor.

However, in a statement signed by Marvin Kpea-ue, the Special Assistant to Hon. Piccolo, the lawmaker categorically stated that he was neither the father, step father, grandfather, cousin or uncle of the accused.

"We received the unfortunate and regrettable news of the death of Mr. Ozondu Derrick, a final year student of Management Department in Rivers State university on Thursday the 19th day of August, 2021 with rude shock and an agonising pain within our hearts and feelings," the statement read.

We, therefore write with a deeper feeling of commiseration, to condole with the bereaved family and the University Community, and to encourage them to take heart at a time like this when their faith and emotions are put to serious threat and trial, through the death of their beloved son and the fact as stated by the State Police PRO, ACP Nnamdi Omoni that the deceased was in possession of firearm (gun) when a search was conducted on him after the incidence.

We also wish to commend the management of Rivers State University, The University internal Security, the Nigerian Police doing their investigation, and the students community of the institution for rising to the occasion in their determined fight against cultism, crime and criminality within the institution.

It is however, necessary and essentially imperative to state categorically and in clear terms here and now, that Mr. Wisdom Nwiyaara, the apprehended student who allegedly shot the deceased is not the son, grandson, step son, cousin or nephew of the most revered Sir(Hon.), Prince Lezina Ngbor, Knight of John Wesley, the most reputable award in Methodist Church, and Member Representing Khana Constituency II in Rivers State House of Assembly.

It is also important to note that Sir, Prince Ngbor represents Nyokhana district in Khana LGA, while the said wisdom is from Ewee in KenKhana District of a different constituency in the same LGA

This medium is therefore used to advise the general public to disregard the lies peddled on social media platforms by agents of false news and rumourmongers, connecting the apprehended student to the amiable lawmaker. It is a white lie from the pit of hell, and has no atom of truth embedded therein

As seen by all and Commended by members of Khana Constituency II, Sir(Hon.), Prince Ngbor is busy with his business of legislation, including his committed participation in the bills which were recently assented to by Mr. Project, the Governor of Rivers State

We hereby warn Peddlers of falsehood, and unauthorized social media practitioners to desist forthwith, and take the above stated fact as an important advise.