The release of Betinah who was abducted on July 20 from her residence in Ekeki, Yenagoa, capital of the state was confirmed by Bayelsa commissioner. 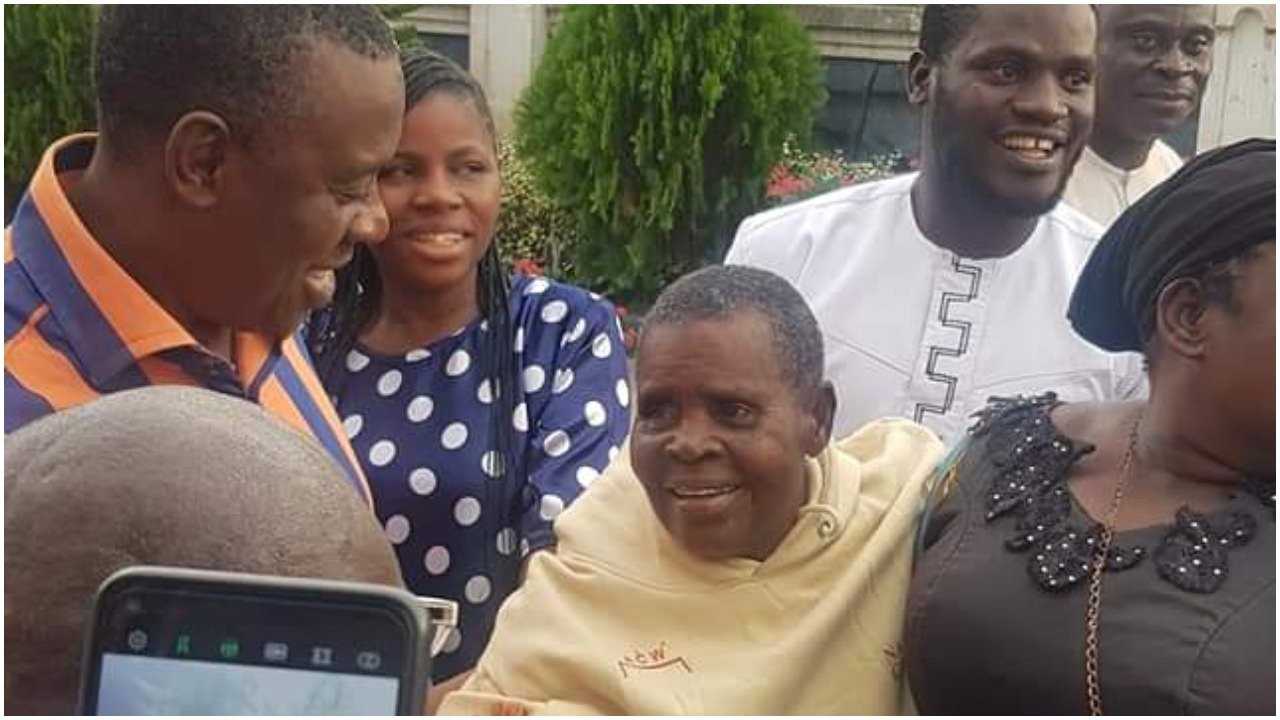 Betinah finally released
Kidnappers have released Betinah Benson, the 80-year-old mother of Kombowei Benson, secretary to Bayelsa state government.
She regained freedom after 32 days in captivity.
The release of Betinah who was abducted on July 20 from her residence in Ekeki, Yenagoa, capital of the state was confirmed by Bayelsa commissioner of police, Echeng Echeng on Sunday August 22.
Echeng said pressure from the police resulted in her release. It was also learnt that three suspects were arrested in connection with the abduction.
He told newsmen;
“Our message to those involved in such heinous act is that it is a crime and no matter how involved you are, you will be arrested."
The SSG who spoke on his mother's release, said he paid a “token gift of N4 million and two android phones” to the kidnappers who had earlier demanded for N500m from him.
Benson said;
“Mama is back to the house and I want to give thanks to God and the security team in the state.
“I am so happy that my mother is back. Even if I tell people that ransom was not paid, they will not believe me.
“When they demanded for N500 million, I stood my ground. Even when I say I will not pay, I gave them a token to allow Mama return home.”
Top Stories