Several civilians have posted on social media they had been beaten and whipped by members of the Taliban for wearing jeans after being accused of disrespecting Islam. 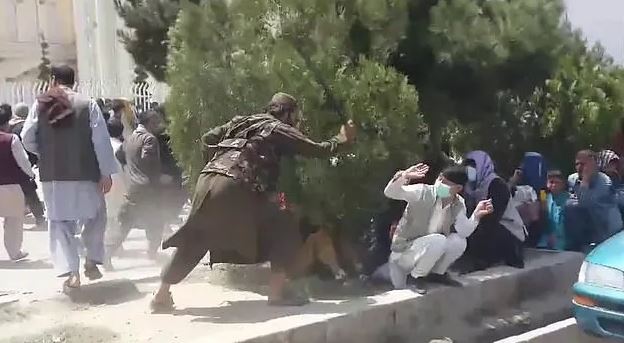 Following the takeover of Afghanistan by the Taliban, news has been circulating of Afghan civilians being flogged on the streets for wearing 'westernised' clothing such as jeans.

Several civilians have posted on social media they had been beaten and whipped by members of the Taliban for wearing jeans after being accused of disrespecting Islam.

One social media post says the boys were 'walking with friends in Kabul,' when they were confronted by Taliban soldiers. Two of their friends escaped, the youth said, but the others were held at gunpoint and they were beaten and whipped in the street.

A Taliban official told local newspaper Etilaatroz that the movement was still deciding on the dress code for men, but reports suggest the Taliban is unwilling to allow 'westernised' clothing that deviates from traditional 'Afghan dress'.

The Telegraph reported earlier that sales of burqas have surged in Afghanistan amid a two-fold increase in prices.

Etilaatroz newspaper also reported over the weekend that one of its journalists had also been beaten for not wearing 'Afghan clothes' such as full-body gowns, according to a report in the Telegraph.

Under the Taliban's previous rule in the late 90s, men had to wear traditional robes while girls were forced to wear a burqa from the age of eight.

In another revenge killing, one regional police chief who stood against the Taliban was executed in cold blood by the jihadist group, local reports say.