She stated that the accident was caused by over-speeding on the part of the driver. 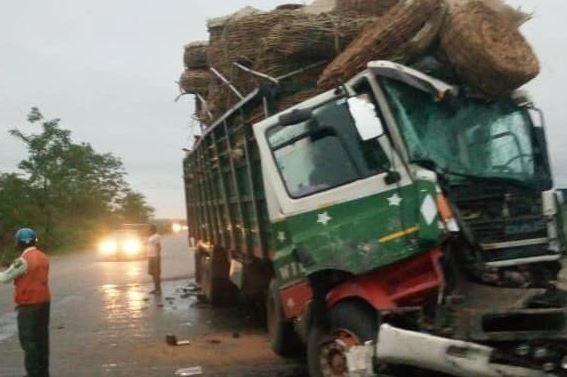 In a statement made available to Dailypost by Mrs Agnes Ogungbemi, the spokesperson of the Federal Road Safety Commission (FRSC), Osun Sector Command, the accident which occurred en route the Osogbo-Ilesa road involved a lone vehicle, a yellow and blue Mercedes Benz tipper with registration number XR906KRD.

She stated that the accident was caused by over-speeding on the part of the driver.

The road safety spokesperson also disclosed that the vehicle involved has been removed and taken to the Ataoja Police Station, Oja-Oba, Osogbo.