A young man who attempted to sleep with his male friend has been apprehended. 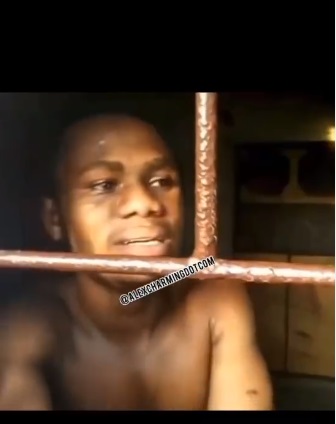 Opoku
A young man, Isaac Opoku has landed in serious trouble.
This comes after he was arrested at Ejisu Kranpa, for allegedly trying to sleep with his male friend.
Opoku who was being interrogated in a viral video shared online, is said to be a native of Bonwire in Ghana and was visiting a friend he met just 3 months ago at his home in Ejisu Kranpa.
It was alleged that after his friend left the room to get water for him to drink, he came back home to meet Opoku naked. He then allegedly tried to force himself on the friend but got overpowered.
Opoku was subsequently reported to authorities, leading to his arrest.
Watch the video below:
Top Stories