A man who journeys in an out of Lagos for the sole purpose of stealing phones has been arrested. 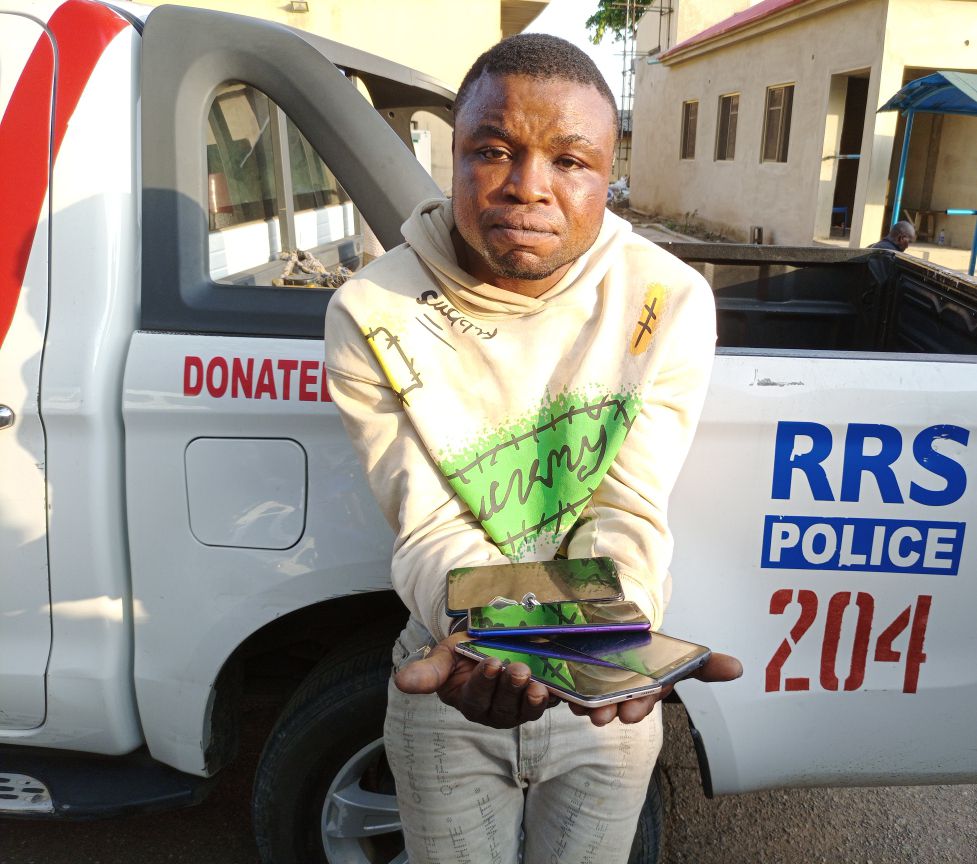 Olajide
A notorious phone thief has been arrested in Lagos.
The Lagos State Rapid Response Squad (RRS), arrested the serial phone thief who journeys in and out of Lagos for the sole purpose of phone theft.
The suspect, Olajide Balogun 'M' (36), an indigene of Akoko, in Ondo State, was arrested by the RRS decoy team, who covertly monitored the suspect as he was carting away his loots on a motorcycle, along shasha road, in Alimosho Lagos.
The suspect on sighting the closely advancing RRS operatives, jumped off the motorcycle and took to heel, in an attempt to evade arrest; he was however, pursued and apprehended by the determined decoy team of the Agency.
Upon interrogation, the suspect confessed to the crime and demonstrated his modus operandi when on operation to steal phones from his target victims.
Furthermore, the suspect confessed to have receivers of his loots at Computer Village and named on 'Emeka' as his major receiver.
The suspect will however be charged to court in line with the directive of the Lagos State Commissioner of Police CP Hakeem Odumosu.
Top Stories