The prominent traditional rulers had gone to the stadium with their aides but the security agents stopped them. 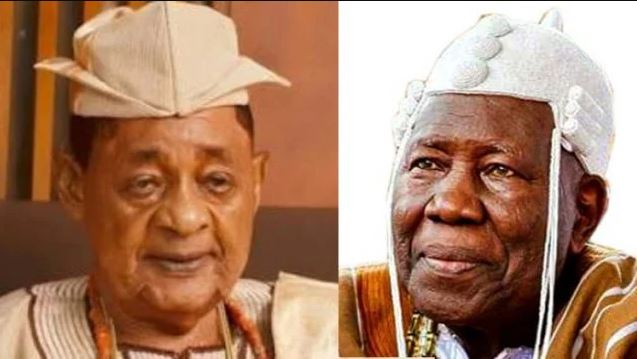 According to a report by The PUNCH, the Alaafin of Oyo, Oba Lamidi Adeyemi and the Olubadan of Ibadanland, Oba Saliu Adetunji, reportedly left the Lekan Salami Sports Complex in anger on Wednesday evening after security operatives deployed at the entrance of the newly remodelled stadium prevented them from going in.

It was gathered that the prominent traditional rulers had gone to the stadium with their aides but the security agents stopped them.

It was learnt that the 82-year-old Alaafin and the 93-year-old Ibadan monarch were made to wait for almost 30 minutes as the security agents at the gate were said to have insisted that just one of the aides would be allowed to go in with each of the monarchs.

One of the people, who saw the scene, said there was pushing and shoving at the gate and the monarchs left the venue in anger.

The spokesman for the Olubadan, Chief Adeola Oloko, when was contacted on the telephone, confirmed the shabby treatment of the royal father to our correspondent.

Responding to the inquiry sent to him by our correspondent, Oloko said, “Very true despite having the entry requirements.”

Oloko said the monarch did not have anything against Governor Seyi Makinde, who he said, did a wonderful job but blamed the overzealous security agents for what he called lack of discretion.

The spokesman for the Alaafin, Bode Durojaye, also confirmed the incident to our correspondent on the telephone.

He said, “Overzealousness of the security agents there prevented the Alaafin from entering. I did not go but I have just being briefed.”

The inauguration of the stadium caused traffic snarl on the roads around Mokola, Adamasingba, Dugbe and the environs due to the influx of many important personalities and residents of the state to witness the ceremony and the first matches at the stadium.