Doctors Advised I Needed Rest After Buhari Sacked Me — Ex-Minister Of Power, Mamman Speaks Up


The former minister admitted that he had been ill, stating that he has been receiving treatment since last weekend. 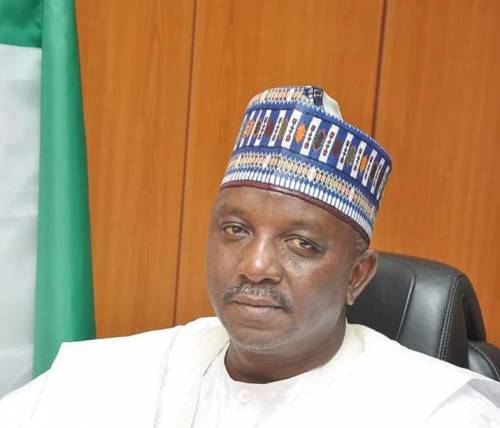 Sale Mamman, the former Minister of Power, has explained the reason behind his absence at his residence following his sack from the federal cabinet.

According to reports, the minister had been rushed to hospital after he received the news of his sack, but in a telephone interview with BBC Hausa, Mamman debunked the reports.

The former minister admitted that he had been ill, stating that he has been receiving treatment since last weekend.

He said, “Even before the sack was announced, I had been seriously ill. I had not even gone to the office since earlier in the week.

“So, yesterday (Wednesday) and today (Thursday) I also went back to the hospital for another round of check-up; and the doctor instructed that I needed some ‘rest’ so I remained at one place to rest,” he said.

“I found a serene and quiet environment to rest and take medication as recommended by the doctor. I didn’t stay at home because sympathisers are trooping to console me; this would prevent me from resting and convalescing on time.

“But I was also not hospitalised, and I didn’t faint as reported.”

Mamman added that the president had called him on phone on Monday night to inform him of the impending sack.

He said the president thanked him for his support of his administration.

“Whether I am fired or not, I must step down in two years away,” he said.

Flashing back to 2019 when he was appointed, he said he didn’t lobby to be made minister, rather he was called to submit his CV, “And within two hours; I was informed that I had been appointed minister.”

Mamman, a native of Taraba State, was appointed minister on August 21, 2019, and had served in this capacity until he was fired on Wednesday as Buhari conducted a minor rejig of his cabinet members.

The ailing ex-minister has also been reported to be nursing governorship ambition in Taraba State by 2023.

He was fired alongside Sabo Nanono, former minister of Agriculture.