They were nabbed during a stop-and-search operation at Manchok Riom road. 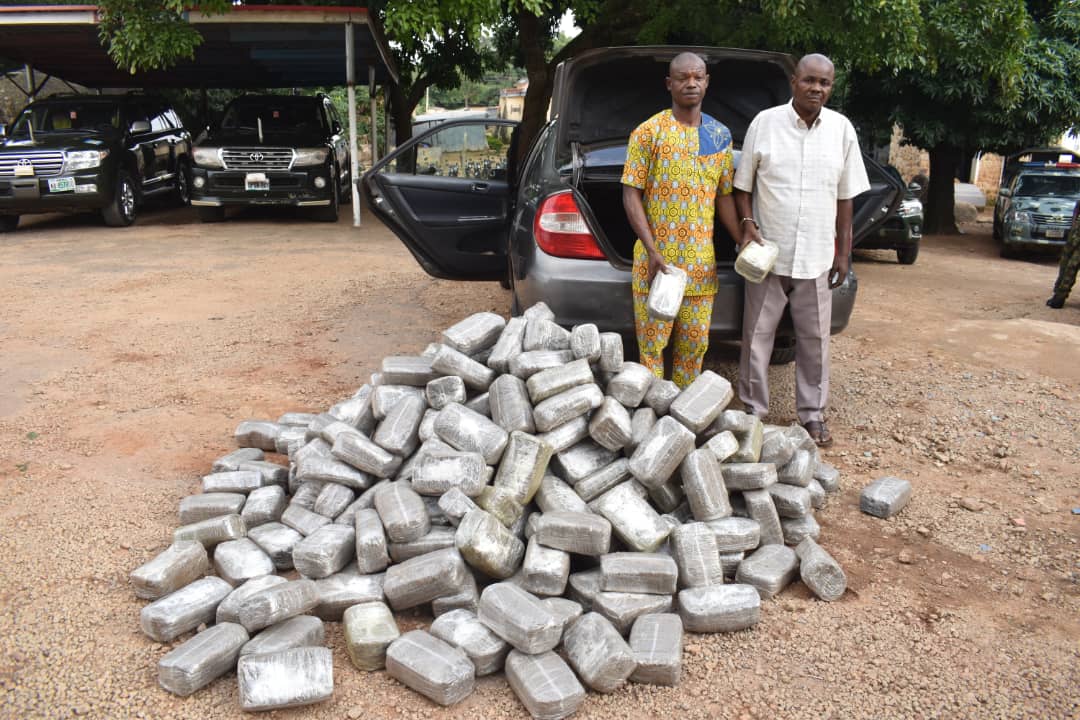 The suspects
A retired police officer and his partner have been arrested by troops of Operation SAFE HAVEN (OPSH) in Plateau State.
They were apprehended with 320 blocks of cannabis.
The weed was concealed in a Toyota Camry with registration number Abuja ABC 214 HV, Major Ishaku Takwa, Military Information Officer said.
In a statement on Sunday, Takwa named the suspects as Patrick Kalu, a retired police officer, 60; and Friday Kalu, 40.
They were nabbed during a stop-and-search operation at Manchok Riom road.
The partners revealed that they were contracted to convey the illicit substance, worth N9.5million, from Ondo to Yola, the Adamawa capital.
A police identity card, two Nokia phones and two wallets containing N16,100 and N2,940 were also recovered.
The suspects are now with the National Drug Law Enforcement Agency (NDLEA) Command in Plateau.
Commander OPSH, Major General Ibrahim Ali reiterated the determination of the military to flush out criminals from the state and environs.
Top Stories