Nobody Can Remove Ayiri Emami, Ologbotsere Is A Lifetime Title – Eyengho


Eyengho who is the spokesman of the Ologbotsere Descendants of Warri Kingdom said Emami will occupy the title till old age and death. 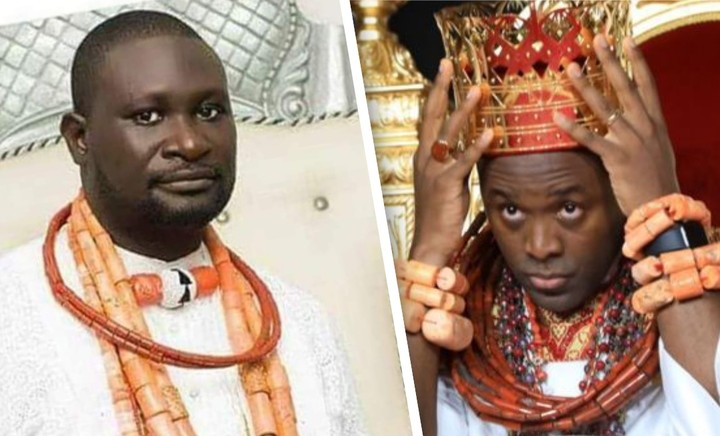 Emami and Olu of Warri
Comrade Alex Eyengho has kicked against the removal of Chief Ayirimi Emami as the Ologbotsere of Warri kingdom.
Eyengho who is the spokesman of the Ologbotsere Descendants of Warri Kingdom said Emami will occupy the title till old age and death.
He made the statement on Monday.
Speaking in an interview with DAILY INDEPENDENT, Eyengho also described the Iyatsere of Warri Kingdom, Chief Johnson Amatserunleghe and others who said the Ayiri has been suspended as Ologbotsere as jokers who should be ignored.
He said “As of today, the 6th of September 2012, Chief Ayirimi Emami is the de facto and the Dejure Ologbotsere of Warri Kingdom and it remains so. He is functioning effectively in that capacity despite the fact that he is in court.
However, that does not mean at any point in time, those who really want genuine peace and reconciliation cannot bring anybody to the table to talk”.
When asked if the new Olu of Warri, Ogiame Atuwatse III can appoint another person as Ologbotsere, he said “Ologbotsere title is a family title; it is not Ayiri Emami’s title. It is a family title and it is the family that recommended Chief Ayirimi Emami to the then Olu of Warri who now confirmed it”.
“The Olu of Warri cannot make anybody Ologbotsere without recourse to the Ologbotsere family. He will only make a request to the family that he wants to give out Ologbotsere title”.
“The family will now do internal screening on their own and then present a candidate. That was what was done and that was how Chief Ayiri was presented to then Olu of Warri who now ratified and adopted the decision by the family. Once an Ologbotsere title is given to somebody, it is till death”.
“The person only stops being Ologbotsere if he dies. It is not a tenured title. It is till death. Nobody can remove or suspend him because it is a family title”.
Top Stories