The minister called for urgency in dealing with bandits who are committing atrocities in the country. 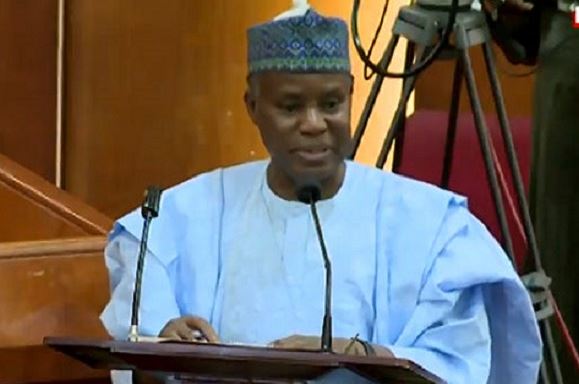 The Minister of Defence, Bashir Magashi has lamented about the worsening insecurity in the nation stating that they have been constituting a nuisance in the North-west and North-central.

The Minister said this while speaking to state house correspondents after a meeting with President Buhari at the Presidential villa on Tuesday, September 7.

“This meeting was called in order to keep the C-in-C abreast on the current happening in the north-west and north-central, in respect of the improvements, problems and any other thing associated with the insurgency, banditry, kidnapping and the rest of it.

From the meeting, we believe that the spate at which these things are happening in Zamfara state and north-central is a source of concern to the government and to all agencies that are responsible for the execution of the operations in the north-central.

We discussed the need for urgency in our dealing with the bandits. We believe they’re becoming a nuisance; killing people, they are doing what they like, they make careless statements, they say what they think they should say in order to solicit the kind of audience they want from the society.

We believe that we have gone a long way in keeping this country together. If one looks back, prior to our coming, 2014, you’ll find that there’s a lot of improvement, but people are not seeing it anymore.

They believe probably we are incapable or there is something which we don’t know, but we are trying to find out why people are not appreciating the efforts of government.

“We have appraised our position, we’ve found that we are capable, we can do this thing, but we need the cooperation of every Nigerian in order to ensure a free society.” Magashi said.