While scores of members are in different courts to demand his removal, others have picked holes in his asset declaration form. 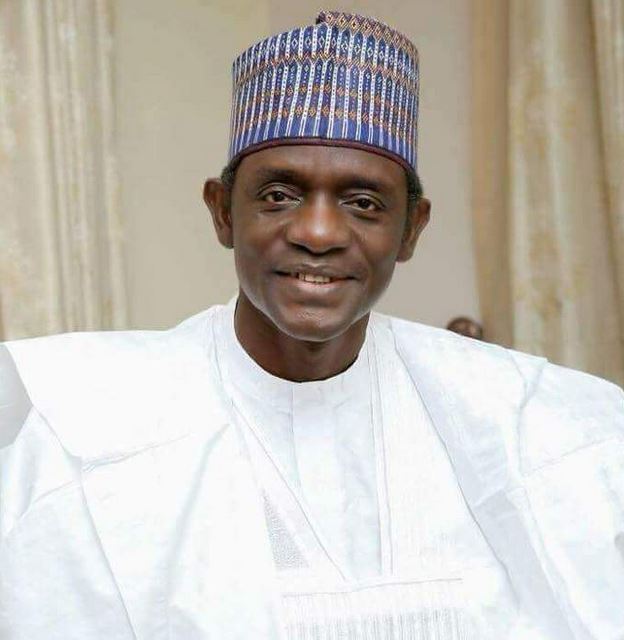 The Progressive Youth Vanguard (PYV), a pressure group within the All Progressives Congress (APC), has called for the resignation of  Mai Mala Buni, the Caretaker Committee Chairman.

The Yobe Governor faces multiple battles. While scores of members are in different courts to demand his removal, others have picked holes in his asset declaration form.

The APC has asked members to desist from taking the party to court and explore internal dispute resolution mechanisms.

The leadership announced that it would collate all cases and report to the National Executive Committee (NEC).

“The party is already compiling the list. We will inform the NEC and a decision will be taken. The CECPC stands by the NEC resolutions”, National Secretary, John Akpan Udoedehe said.

The scribe boasted that the party leadership has the backing of President Muhammadu Buhari to ensure the APC is “given to the grassroot, the people”.

In 2020, Buni was appointed the chairman after NEC’s dissolution of the Adams Oshiomhole-led National Working Committee (NWC).

The caretaker committee will remain in charge until new executives are elected. But a cross section of members warn that Section 4 under Article 17 of the APC constitution forbids party officials from holding a position in government.

The People’s Democratic Party (PDP) is also in court over the matter. The platform and Buni’s opponents referred to the Supreme Court judgment which affirmed Ondo Governor, Rotimi Akeredolu winner of the October 10, 2020 election.

In dismissing the appeal filed by PDP candidate, Eyitayo Jegede, some of the Justices reportedly agreed that a sitting governor should not hold dual official positions.

In a statement, PYV Coordinator, Ahmed Usman regretted the President’s “silence on what has become a frustrating issue”.

Usman said they were worried about the Nigerian leader’s body language and were not prepared to take any more chances.

He vowed that concerned party loyalists will not allow President Buhari, Attorney General of the Federation, Abubakar Malami, and Buni to keep making errors.

“Enough is enough. We believe that within the APC, we have capable hands who can manage the affairs of our party. Why must it be one individual?

“The provision of Section 183 of the 1999 Constitution (as amended) is unambiguous to the effect that the Governor shall not, during the period when he holds office, hold any other executive office or paid employment in any capacity whatsoever.

“It is therefore incontrovertible that the continuous stay of the Governor as Chief Executive Officer of the All Progressives Congress runs contrary to provision of the Constitution and may be an albatross on the party.

“All he had done before would be null and void, including nomination of candidates within the period of his so called leadership of the party.

“We expect President Buhari to direct Governor Buni to immediately resign as acting Chairman of the All Progressives Congress as a stitch in time saves nine.

“This is same man who is currently enmeshed in multi-billion naira asset declaration scandal at the Code of Conduct Bureau (CCB)”, the statement added.