The man reportedly died after he was allegedly hit by police stray bullet during a protest in Ogoni, Rivers State. 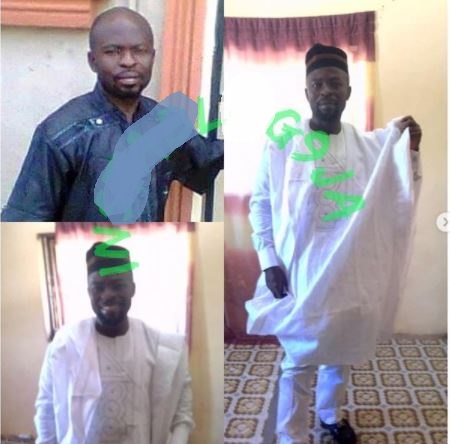 Ajayi Samuel Femi, a father of six, has sadly passed away.

The man reportedly died after he was allegedly hit by police stray bullet during a protest in Ogoni, Rivers State.

It was gathered that the deceased, a staff of Julius Berger, and his colleagues from Ogoni branch, were protesting a disparity between their salary and that of their colleagues from Bonni, when the unfortunate incident occurred.

According to a source, “They are constructing the bridge from Ogoni to Bonni Island. It was discovered that the company was paying the staff in Bonni N200,000, while paying those in Ogoni N60,000. This led to the protest. They were demanding that their salary be increased by Julius Berger since both Bonni and Ogoni staff are doing the same job and have the same qualifications.

They had been protesting for the past one week. On Monday, they went during the protest to see the LG chairman and police officers who are not even in that jurisdiction came and opened fire on them.

"A stray bullet hit Ajayi on the leg and he sadly bled to death. Two others were also injured.”