Charlyboy while condemning the self-justification attitude of Nigerians amid the current rot, said many see nothing wrong and have made little or no effort to change things in the country. 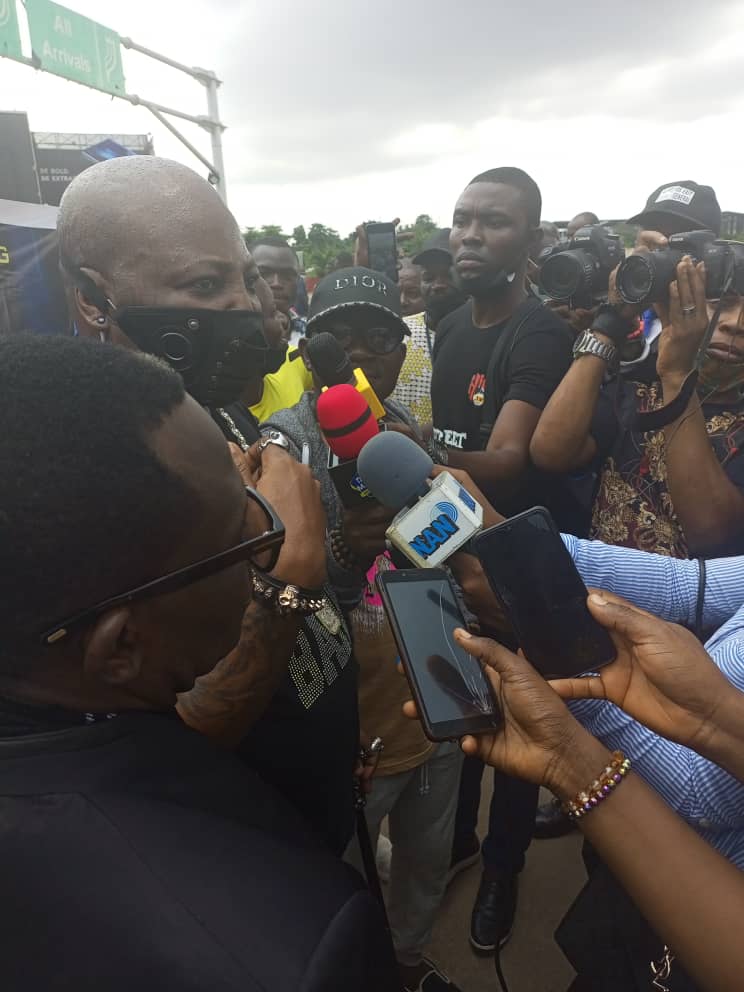 Charlyboy, a foremost Nigerian entertainer and the Odudubariba 1 of Africa, has revealed how his father sent him to detention for days after he assaulted a police officer.

Charlyboy while condemning the self justification attitude of Nigerians amid the current rot, said many see nothing wrong and have made little or no effort to change things in the country.

Speaking exclusively to DAILY POST upon his return to Nigeria at the Murtala Muhammed International Airport, Lagos, the Area Fada condemned what he termed, ” Your thief pass my thief.”

He argued that if everyone makes effort in their own little way towards national development, things would change for the better.

Charlyboy who said he returned to the country refreshed and ready for ‘them’ after several months in the United kingdom narrated his violent encounter with a police officer when he returned to Nigeria at a young age and his father’s action that put him in detention for four days.

”My father ordered my detention after a police officer intimidated me and I retaliated. Then, I just returned from the United States. When my father heard about it, he ordered my arrest and subsequent detention for four days. I would have remained in detention going by my father’s order but for my mum.

“What angered him was the fact that I was supposed to respect an officer of the law and on no account, whether I was right or wrong, should I have assaulted an officer. Remember, this was my father.

“The message here is that if everyone does what he or she can do to champion a positive course, Nigeria will become better. The attitude of your ‘thief pass my own’ is a major issue in our country. Everybody glorifies the wrong things, ” he said.

The Area Fada also revealed that upon his return, he would be officially presenting what he generated to support the Nigerian celebrity and graduate keke rider, Amarachi whom he sort to assist while he was abroad.