The lawmaker spoke while expressing concerns over the meagre salaries of the judicial officers, which he said exposed them to corruption. 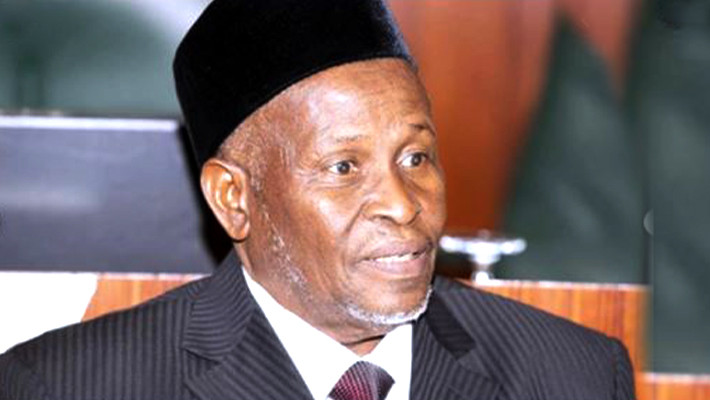 CJN, Ibrahim Tanko Muhammad
A member of the House of Representatives has revealed the monthly salary of the Chief Justice of Nigeria, Ibrahim Tanko Muhammad.
Accordin to TheNation, Chairman of the House Of Representatives Committee on Judiciary Onofiok Luke said the CJN earns a paltry N27,497 monthly.
He spoke while expressing concerns over the meagre salaries of the judicial officers, which he said exposed them to corruption.
The salaries, he said, were due for a review, stating it was abnormal that the Chief Justice of Nigeria, who is the highest judicial officer, earns a paltry N279, 497 monthly while Justices of the Court of Appeal take home about N206, 425.
He said further that Judges of the Federal High Court, National Industrial Court, FCT High Court, State High Courts, FCT Sharia Court of Appeal, FCT Customary Court of Appeal, Khadis of State Sharia Courts of Appeal and State Customary Courts of Appeal all earn N1.8 million each as annual salary, translating to about N150,000 monthly.
In his motion seeking a review of the remunerations of Judicial officers and to increase the statutory transfer to the judiciary, Luke said the salary of judicial officers was last reviewed by the Revenue Mobilisation Allocation and Fiscal Commission (RMAFC) in 2007 when the official exchange rate was N124 to $1 and the minimum wage was N5,000.
He said that considering inflationary pressure and other economic factors that have depreciated the value of the naira by over 60 per cent, the salary of judicial officers have become totally at variance with current economic realities.
He said further the non-remuneration of judicial officers is partly caused by making the remuneration of judicial officers with political and public office holders in the same law, stressing that Part I of the Fifth Schedule to the Constitution of the Federal Republic of Nigeria, 1999 (as amended) and the Code of Conduct Tribunal Act restrains Judicial Officers from generally receiving gifts and operating private businesses except farming.
He said the Code of Conduct for Judicial Officers further limits engagements of Judicial Officers by restricting them from maintaining certain social relationships and commenting publicly, all with the aim of insulating judicial officers from any form or semblance of corrupt practices and improper conduct;
The House however resolved to ask the Revenue Mobilisation Allocation and Fiscal Commission (RMAFC) to immediately review the remuneration of judicial officers in line with present economic realities, while also asking the Federal Government to, in line with judicial autonomy, accede to the increase in statutory transfer to the judiciary in the coming fiscal year.
Top Stories