The suspects were arrested at their hideout sequel to actionable intelligence. 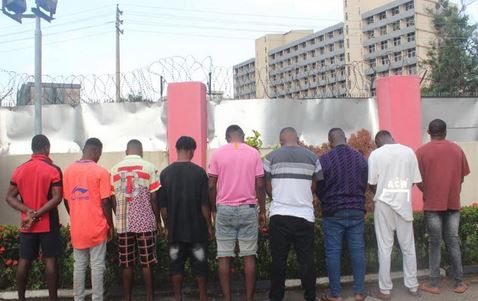 Nine men suspected of cybercrime and internet fraud have been arrested in Warri, Delta State.

Operatives of the Economic and Financial Crimes Commission, EFCC, Benin Zonal Command made this known in a statement on Monday.

The suspects were arrested at their hideout sequel to actionable intelligence.

The commission said it recovered a Lexus ES 350 and mobile phones from the suspects.

It added that they have made useful statements and would be arraigned in court as soon as investigations were completed.