My Mum Went Crazy The Day I Got Super Eagles Call-Up – Nigerian Striker, Moffi Opens Up


In an interview with onzemondial, the 22-year-old centre forward said his mother went crazy after he informed her of his invitation. 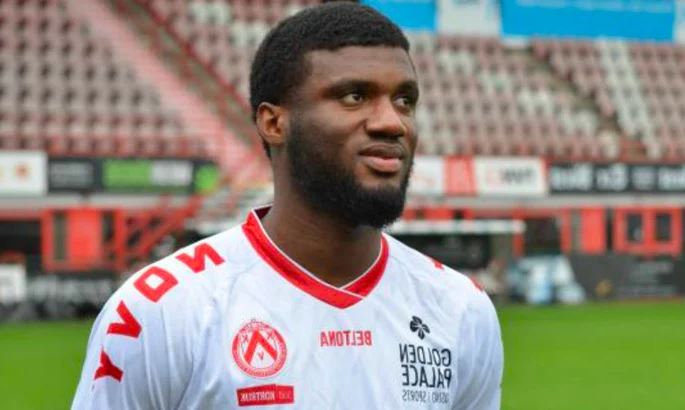 There is no doubt at all that getting a call-up to the national team remains the peak of many players’ careers.

Super Eagles striker Terem Moffi has revealed that his mum went totally crazy the day he got his first invitation to the national team.

Eagles coach Gernot Rohr handed Moffi his international debut in the 1-0 defeat to Cameroon in a friendly in Austria last June, after the powerful forward bagged 16 goals across all competitions, including 14 in Ligue 1, with three assists in 36 appearances.

In an interview with onzemondial, the 22-year-old centre forward said his mother went crazy after he informed her of his invitation.

He said, “When I received my first call, it was after the match against Bordeaux, I scored a hat-trick that day. I looked at my phone and it was inundated with messages.

“I told myself that it was related to my hat-trick and the different tags of people on the networks. After that, I scroll the messages on WhatsApp and I see a message from the coach (Gernot Rohr) saying, “Congratulations on your hat-trick, we would like to invite you to….

“I didn’t even reply to the message. I screened the message and sent it to my family group, my mom went totally crazy. It was something she had dreamed of all her life. It was completely crazy.”

The Lorient forward had since gone on to make three appearances for the Eagles but is yet to open his goals account for the country.