However, security operatives guarding the house were said to have resisted the takeover of the house without a court order or instructions from above. 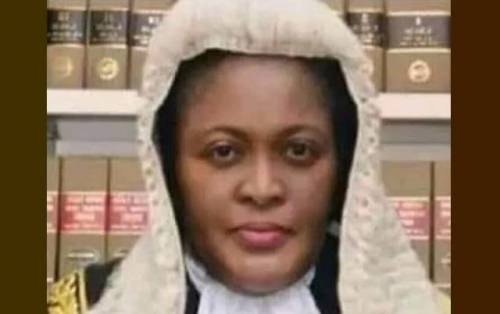 According to a SaharaReporters report, there is serious anxiety at the moment over the whereabouts and safety of Supreme Court judge, Mary Odili, following the alleged unlawful invasion of her Abuja family residence by security operatives on Friday.

Justice Odili’s family residence at lmo Rivers Street in Maitama, Abuja, was said to have been raided by fully armed plain-clothed security men for undisclosed reasons at about 5pm on Friday, October 29.

However, security operatives guarding the house were said to have resisted the takeover of the house without a court order or instructions from above.

In the confrontations, the unidentified security operatives were said to have insisted on staying around the house, waiting for the occupants to surrender so they could take over the house.

While Odili had yet to be seen or to make a public statement, the Economic and Financial Crimes Commission EFCC, claimed it did not carry out any operation in Justice Odili’s Home

SaharaReporters had on Friday reported that Mary is wife of Peter Odili, a former governor of Rivers State, who is currently on the EFCC watchlist.

The security operatives were said to consist of soldiers and officers of the Nigeria Police Force (NPF) who identified themselves as members of a joint task force.

A statement from the EFCC spokesperson, Wilson Uwujaren had read, “The attention of the Economic and Financial Crimes Commission, EFCC, has been drawn to claims in a section of the media that operatives of the commission today, October 29, 2021 stormed the Maitama, Abuja home of a Judge of the Supreme Court, Justice Mary Odili, purportedly to execute a search.

“The commission by this statement wishes to inform the public that the report is false as it did not carry out any operation at the home of Justice Odili.

“If there was any such operation as claimed by the media, it was not carried out by the EFCC. The commission enjoins the public to discountenance the report.”