Joeboy graduated from the prestigious university of Lagos where he holds a degree in Human Resources Management. 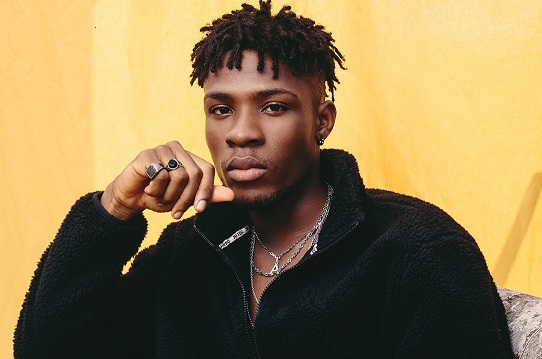 Joe Boy
Joe Boy is a talented and professional Nigerian singer and songwriter whose real name is Joseph Akinwale Akinfenwa Donuts. He is the last child of a family of four and born on the 21st of May 1997 in the city of Lagos.
Joeboy graduated from the prestigious university of Lagos where he holds a degree in Human Resources Management. His type of music is Afro-pop and R'n'B. He was discovered by fellow musician, Mr Eazi's EmPawa Africa record label.
Joe Boy began his music career at age 16 and He drew inspiration from "Gango Aso" Crooner, Abolore Akande popularly known as 9ice, and the veteran Nigerian Music Producer, ID Cabasa whom he used to listen to and hangout in the studio with.
The music sensation recorded and released his first single, "Gbeseyin", an Afrobeat tune at age 17 which drew attention to him, and followed it up with music covers to promote his art. He became popular in 2017 when he released a cover version of Ed Sheeran's Shape of You, which gained media acceptance both home and beyond.
The talented Afro-pop star made a name for himself when his smash hit single BABY, and other follow up singles like, BEGINNING and DON'T CALL ME BACK captured our hearts. His recent monster hit single ALCOHOL is the ringtone of the street, and is massively raising dusts and not slowing down anytime soon.
Joeboy on 21st March 2019 released his first EP titled THC (THE HERRERA CHRONICLES) containing six songs with tracks like; Out Boss Me, Impatient, Represent, Middle Man, Cold Blooded and Move.
He again on November 8 2019 released a follow up 5-tracks EP titled “LOVE & LIGHT” which housed monster hits like; Baby, Beginning, Don't Call Me Back featuring Mayorkun, All For You and Blessings.
The EmPawa/Banku Music rep kept the fire burning, and further cemented his spot in the limelight with his long awaited Debut album titled, SOMEWHERE BETWEEN BEAUTY & MAGIC (SBBM) which he released on February 4 2021. It was a very impressive project.
His debut studio album houses tracks like, Count Me Out, Focus, Number One, Police, Door, Show Me, Runaway, Lonely, Consent, Oshe, OH, Sugar Mama, Better Thing and Celebration.
Joeboy hinted that the SBBM album is a celebration of love in its myriad forms. He says, “Working on this project was life-changing — I met a version of myself I never knew before,” JOEBOY while commenting on his new and romantic project highlighted that, he recorded over the last year with a team of Producers including delectable’s as E Kelly, Killertunes, Dëra and BeatsbyKO. “The plan was to come up with a title that best describes love, without actually using the word love, hence Somewhere Between Beauty & Magic. Because love is a perfect blend of beauty and magic.”
Joeboy has worked with artistes like, Larry Gaga, Mayorkun, Mr Eazi and Dj Neptune.
His Other Songs as sourced from Naijamz, TrendySongz and YuGo NG Includes: Fààjí featuring Mr Eazi, All For You, Some People, Ain’t Missing A Thing, Same Question, Pack it Up, Haircut, Shako, Nobody, Nobody (Icons Remix).
On Awards and Nominations:
Joeboy In 2020 was nominated and won the following awards;
However, he has also won the “Best Pop” award at Soundcity MVP Awards.
Social Media Presence:
He's @Joeboyofficial on Instagram and has about 1.7m followers, and counting.
On relationships, Joeboy revealed that he is a private person, and he is currently in a relationship with many people.
On His Net worth:
Joeboy's net-worth is estimated around $100,000.
Top Stories