The cleric later allegedly changed his voice to avoid being recognised, called his uncle and demanded a ransom of N5m. 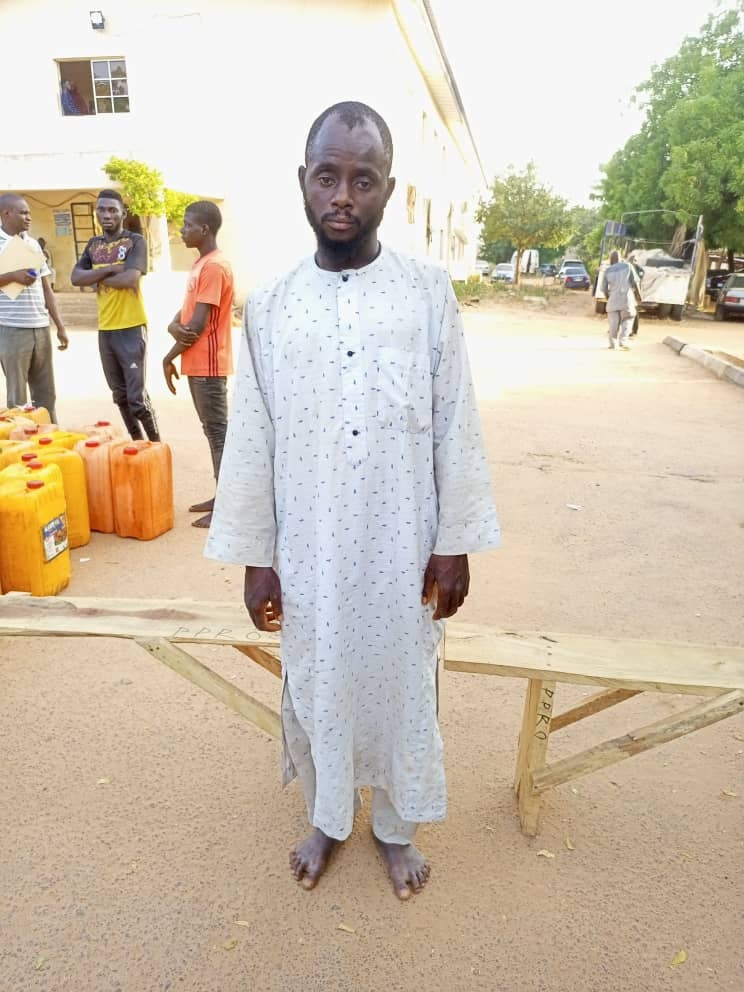 Jamilu Idris
A 39-year-old Islamic teacher, Jamilu Idris has been arrested by the police.
He was arrested by the  Katsina State Police Command for allegedly kidnapping his uncle's four-year-old son.
Spokesperson of the command, SP Gambo Isah, who disclosed this in a statement on Wednesday, November 3, said the suspect abducted the the victim in Sabon-Fegi, Yankara village, Faskari LGA of the state, on October 5.
The cleric later allegedly changed his voice to avoid being recognised, called his uncle and demanded a ransom of N5m.
"On 25/10/2021 at about 1100hrs, the Command succeeded in arresting one Jamilu Idris, ‘M’, aged 39yrs of Sabon-Fegi, Yankara village, Faskari LGA of the state, an Islamic cleric, who masterminded the kidnapping of his causing, one Umar Farouk Kabir, ‘M’, aged 4yrs of the same address," SP Isah stated.
"In the course of investigation, the suspect confessed that on 09/10/2021, at about 1430hrs, he went to the house of his uncle, one Kabir Abdullahi at Funtua, who was not at home and when his son Umar Farouk Kabir came out to see who was asking after his father, he recognized the suspect, who later deceptively gave the little boy a Viju drink and abducted him to Dutsen-Alhaji, Abuja
"Subsequently, the suspect called the father (his uncle) through his GSM, changed his voice so that he cannot recognize him and threatened that he has kidnapped his son. He further confessed to have demanded the payment of five million naira (N5,000,000) ransom which the father said he can only afford to pay him the sum of five hundred thousand naira only (N500,000)

"Consequently, the Complainant reported the matter to the police and in the course of investigation suspect was traced and arrested and confessed to the commission of the Investigation is ongoing." he added.
Top Stories