Although Adesina did not mention which church he stopped attending, his public profile states that he is a member of the Foursquare Gospel Church where he was ordained a pastor and has attended since 1988. 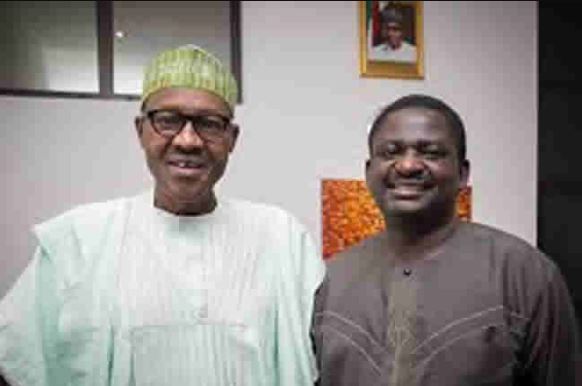 Femi Adesina, the Special Adviser to the President on Media and Publicity, says he stopped attending a branch of a church in Abuja because the pastor was always attacking President Muhammadu Buhari.

Adesina said this in an article on Thursday titled, ‘This Kumuyi is simply different’, which was written in support of a statement by the General Superintendent of the Deeper Christian Life Ministry, Pastor William Kumuyi.

Although Adesina did not mention which church he stopped attending, his public profile states that he is a member of the Foursquare Gospel Church where he was ordained a pastor and has attended since 1988.

In the article, the President’s spokesman said it was unfortunate that some pastors had turned their pulpits to soapboxes upon which they spew hatred.

He wrote, “I used to attend a church in Abuja from 2015 to 2018, till the pastor began to see himself as someone who must bring the Buhari government down. Sunday after Sunday, it was all sorts of criticism from the pulpit. But I endured, since it was a branch of a church I had attended for over 30 years. Till one day, he overdid it.

“The Dapchi girls were abducted and there was no name the pastor did not call President Buhari that Sunday. It was horrendous that such things could come from the pulpit. But I suffered long and sat through the sermon, or rather, what was supposed to be a sermon. I then went home, wondering what the church of God was turning to.”

Adesina said after most of the Dapchi girls had been rescued, the pastor did not deem it fit to commend the President in subsequent service.

The President’s aide, however, praised Kumuyi for saying last week that Christians should not “disdain those in power because they appear not to be delivering on electoral pledges”.

He stated that while a former Vice-Chancellor of Ajayi Crowther University, Prof. Dapo Asaju, was within his rights to be angry over the state of the country, it must be noted that the Buhari regime was doing a lot to change the nation’s fortunes.

Adesina said there were some men of God who predicted that Buhari would lose the 2019 election but it turned out to be a fake prophecy.

“Irrespective of the titles they bear, I hear bishops, apostles, prophets, pastors, evangelists, cursing the government, and issuing doomsday notices. One even said publicly that the Buhari administration was over, before the 2019 elections. But the man won handsomely, and that preacher still struts and frets on the pulpit every week, not repenting in sackcloth and ashes,” said Adesina.

He noted that during the #EndSARS protests of 2020, some pastors came out to support the youths who were protesting but they quickly recoiled into their shells when the protests got out of hand.

Adesina added, “Pastor Kumuyi also says if you are a true believer in Christ, you wouldn’t go on the rampage, destroying government property… But that was not what we saw in the country in October last year. The country was almost burned down under the subterfuge of EndSARS.

“And sadly, they were encouraged by pastors and preachers, who simply hate the fact that a Fulani man is their President. Many of them are on record as having encouraged the protesters, till things went ugly, turned awry. And the pastors vanished into the thin air. Not a word of caution or restraint as the cities were burning, and policemen were being killed, and even eaten up.”