Atiku called for fair and equal treatment of every citizen of the country, noting that we are all trapped in the web of poverty, insecurity and bad governance. 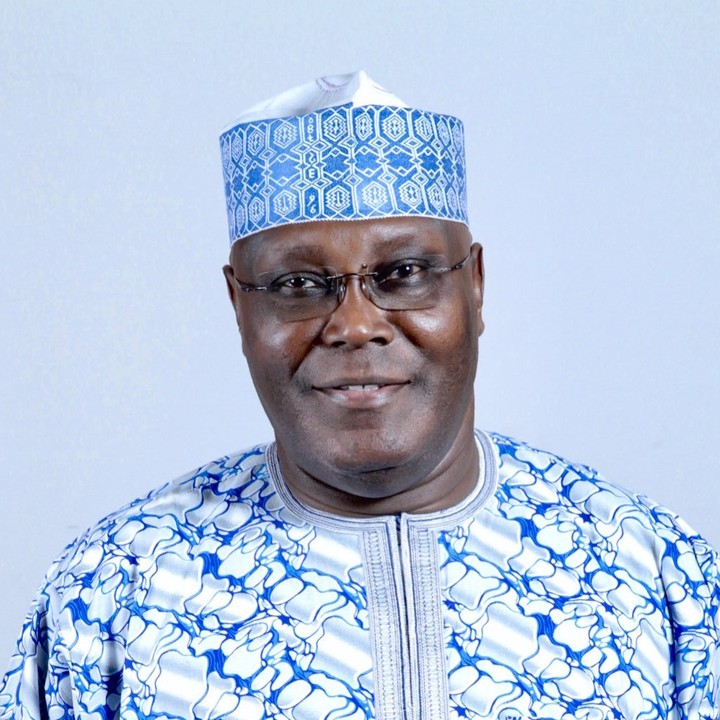 Atiku Abubakar
A former Vice President of Nigeria, Atiku Abubakar has said he doesn’t see Nigerians as either Igbo, Yoruba or Hausa.
According to him, he sees everyone as a Nigerian.
The former Vice President said citizens must be intentional in promoting one Nigeria.
Atiku stated this on Thursday while delivering a lecture in Kaduna ahead of the 2023 presidential election.
Atiku called for fair and equal treatment of every citizen of the country, noting that we are all trapped in the web of poverty, insecurity and bad governance.
He said all Nigerians were faced with a common enemy, adding that “it is only through unity that we can surmount and overcome our challenges.”
Speaking on the theme, ‘Unity in Diversity,’ as delivered by Akwa Ibom State Governor, Udom Emmanuel, the former vice president recommend a national law to mandate every Nigerian to speak one more language from another region of the country so that we can connect and appreciate things we share in common.
He said, “I don’t see any Nigerian as Igbo, Hausa or Yoruba. When I see you, I see you as a Nigerian and I expect the best from you. That is why I didn’t select where I should marry from. I married women from diverse backgrounds because I don’t look at their backgrounds.
“I only see them as wonderful Nigeria women. My children have brothers and sisters from different backgrounds and that is why I am confident that a strongly united Nigeria is possible because I made it happen in my family.
“All Nigerians are equal and supposed to be treated equally; unity is not about homogeneity, but by accepting the diversity in differences between us. This kind of unity cannot be achieved by accident; there must be strategic efforts to promote unity.”
Hammering that language is another primary source of disunity in the country, Atiku noted that our common enemies do not recognise who is from the South or North, Muslim or a Christian.
He said: “If we stand divided we will be trapped by the enemy. We can only escape if we work together.
“Unity is your strength; as long as you stay united no harm can come our way. Just like the pigeons, we are all trapped in the net of poverty, insecurity, backwardness and bad governance and the only thing that can save us from this trap is unity.”
On his part, the Akwa Ibom State’s helmsman expressed concern that the bane of Nigeria’s unity has to do with nepotism.
The governor who was the guest speaker at the lecture pointed out that there was more diversity than unity among Nigerians presently compared to time past.
Governor Emmanuel recalls that in the past, any Nigerian could win an election irrespective of ethno-religious and regional backgrounds.
He argued that the people needed the nation as a melting pot, where the identities remain but the flavours blend, “where, as the first stanza of our former national anthem so emotionally enjoined, ‘though tribe and tongue may differ, in brotherhood we stand.’
“What we see nowadays is a country where ethnic champions drive the narrative, and the cacophony of discordant voices makes it difficult for us to hear ourselves.”
“We must ensure that there is equity and justice and that no part of the country is made to feel less of itself as this will definitely not augur well for our union,” the governor added.
Top Stories