It happened that a friend of Uche Elendu sent her a link to a post on Facebook where a lady claimed to be the mother of Uche’s daughter, while wishing her a happy birthday. 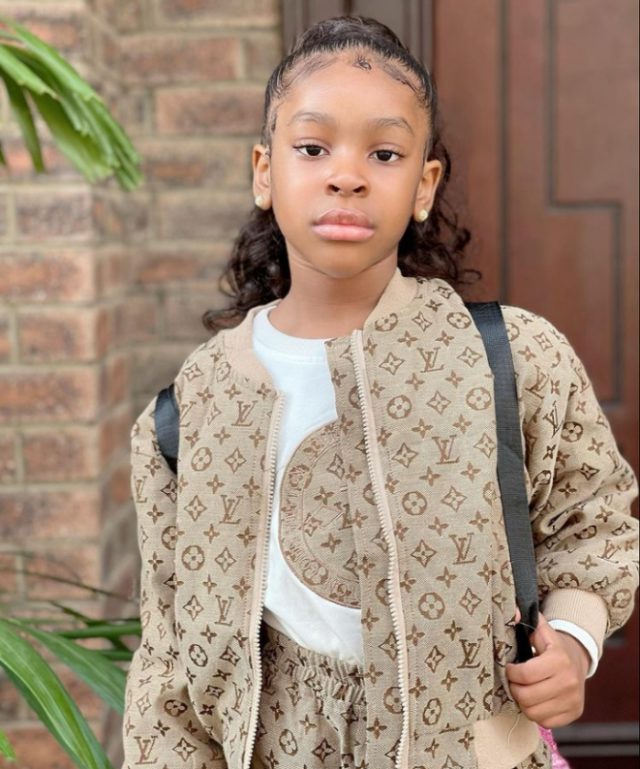 Elendu raised the alarm after another woman claimed her daughter
Uche Elendu has called out a woman who tried to claim the actress' daughter on social media.
It happened that another woman had taken to social media to claim that she's the mother of Osinachi, who is actually the actress' daughter.
A friend of Uche Elendu sent her a link to a post on Facebook where the lady made the outrageous claim while wishing her a happy birthday.
Reacting to this, Uche Elendu expressed her shock over the incident as she appealed to fans to report the page before they scam people using her daughter’s photo.
Uche wrote;
“Haaa so now na Pikin wey no be their own na him dem don dey post. Please am i sharing womb with this person?? Which womb??
Adimin 🙈 dont approve shit🙄Happy six years birthday o to your child o.. make i catch you fes🤐🤣🤣🤣
If youre on fb pls help me report b4 they start using her pic to defraud people”. 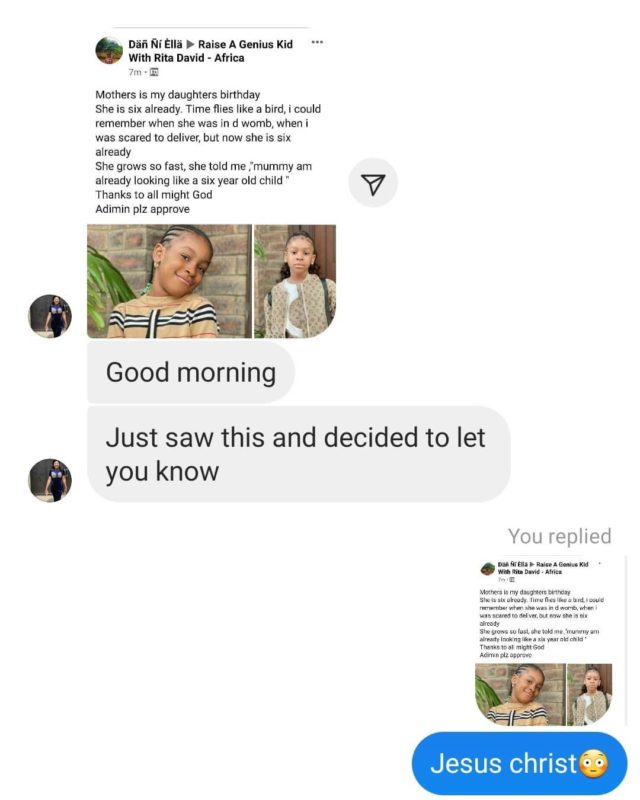 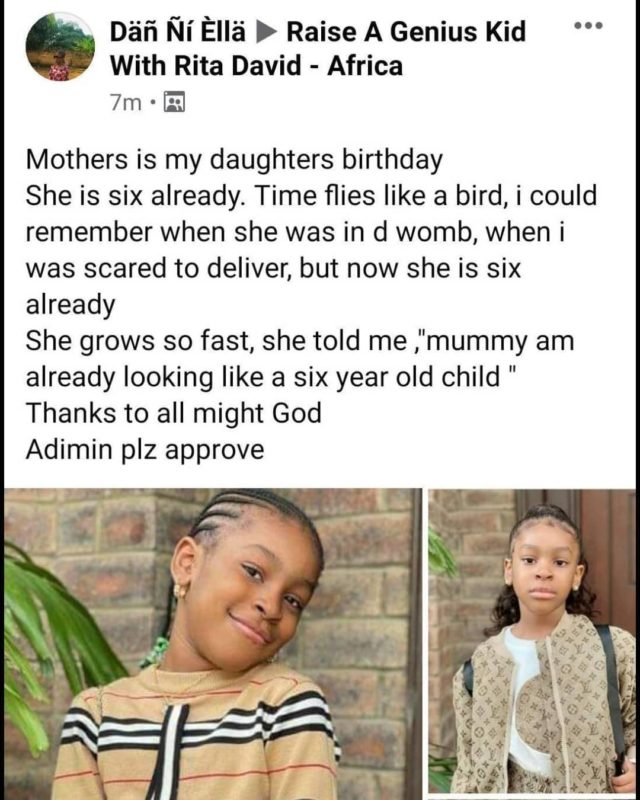 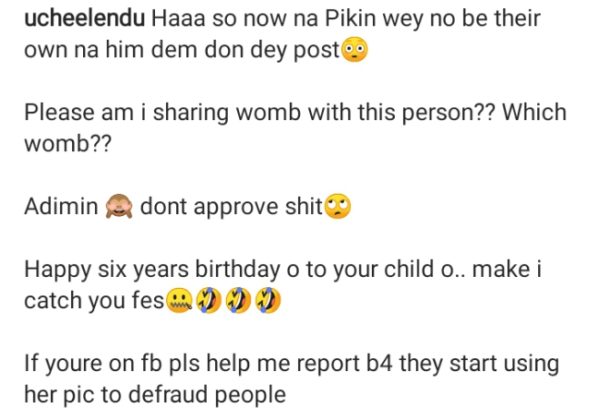