The vote-buying was reported at Polling Units 010 and 011, Umunnachi II Ward, Dunukofia local government area of the state. 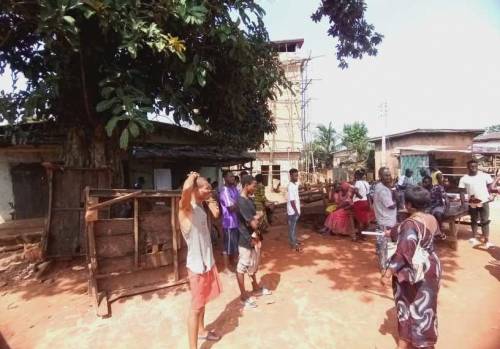 According to SaharaReporters, the agents have allegedly lured voters with N6,000 and N10,000 to vote for their candidates.

The vote-buying was reported at Polling Units 010 and 011, Umunnachi II Ward, Dunukofia local government area of the state.

The All Progressives Congress is reportedly not left behind in the jostle for voters, luring them with money.

There are reports that more people have heard about the vote buying, increasing the number of voters on queue.

SaharaReporters had earlier reported how one of the voters at a Polling Unit at Awka South local government area was paid N2,500 after casting her vote.

It is, however, unclear which political party paid her such an amount.

The rundown to the Anambra State election had been filled with allegations of fraud and violence by the major political parties towards one another.