Update: Man Dies After Alleged Acid Attack By His Wife In Edo


The victim died around 2 a.m at the University of Benin Teaching Hospital. 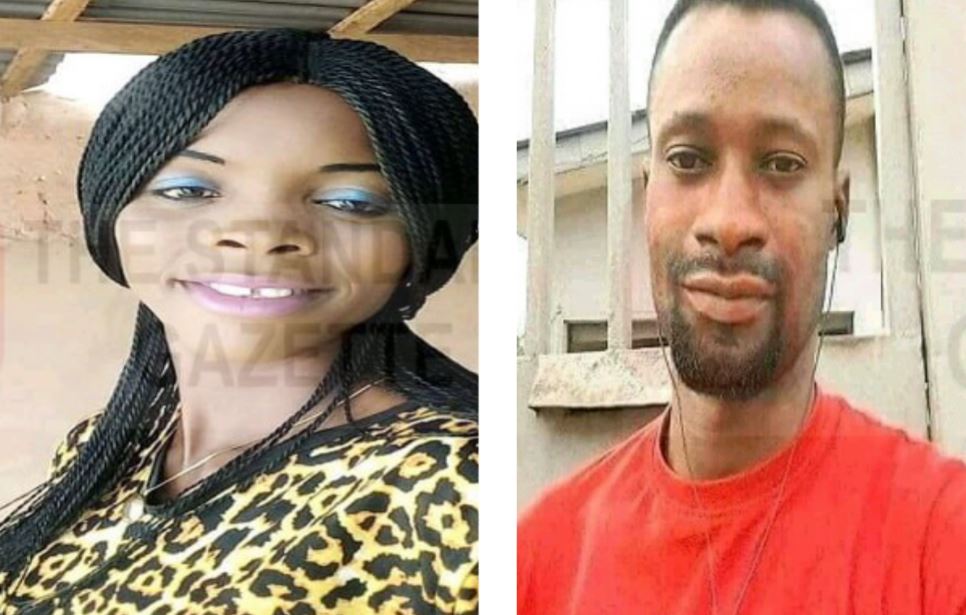 Becky and her deceased husband, Odion

A man identified as Odion who was doused with acid by his wife, Becky in Edo state has succumbed to the injuries.

We reported that 29-year-old Becky fled after allegedly bathing her husband with a substance suspected to be acid while he was asleep.

According to Standard Gazette, Odion died around 2 a.m at the University of Benin Teaching Hospital (UBTH)

Esohe Fidelis, who spoke to SG at the St. Saviour Police station, where she complained about her brother's murder, said that the family had concluded a plan to resolve the financial issue between the couple before the incident.

"Becky threatened on Friday last week that she will cripple my brother, and now l can see that she has finally killed him. I was in the hospital where my brother was receiving treatment, and he suddenly died on Monday around 2 am. I want the police to please help find Becky, who has escaped, and she should be arrested and made to face the law." she said.

The landlady of the house, Mrs Patience Idemudia, said the couple had always quarrelled and settled.

"This man that died has been in my house for four years with the woman, and they both have a child. I really want the police to thoroughly investigate the incident and bring the culprit to justice." she added.