Five persons were recovered dead, including a 10-year-old boy and a woman after gas explosion at Ladipo market. 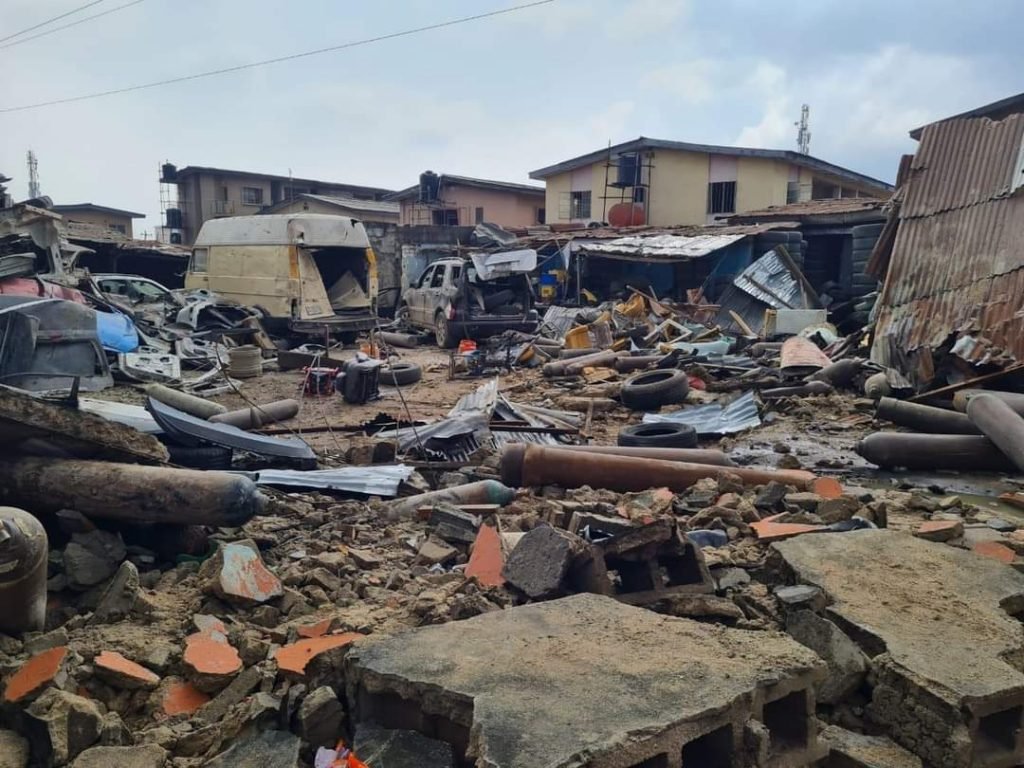 Scene of the incident
Five bodies have been recovered at the scene of an explosion that happened today at the Ladipo Spare Parts Market, Lagos.
A 10-year old boy was among the victims recovered on Tuesday.
Mr Ibrahim Farinloye, acting Zonal Coordinator, South-West Zonal Office, National Emergency Management Agency (NEMA), confirmed the development in a statement in Lagos.
Farinloye said the cause of the explosion, which occurred on Tuesday morning at the shop located at 33/35 Ojekunle St. Ladipo Spare Parts Market, Lagos was yet to be ascertained.
According to him, the shop had several industrial gas cylinders used for welding purposes.
He said NEMA, Lagos State Fire Service, Police Disaster Management Unit, and Lagos State Emergency Management Agency immediately responded to the distress signal and were able to contain the fire.
“Unfortunately, there were casualties. Five persons were recovered dead, including a 10-year-old boy and a woman,” Farinloye said.
He said an investigation by NEMA showed that the shop was earlier sealed because the side of the street was dedicated as a mechanic village, which was not accessible to other users.
Farinloye said after some time, the seal and lock were removed before the incident occurred.
Top Stories