As he tried to hit the bird to free it, he hit the high tension wire with the metal and he was electrocuted. 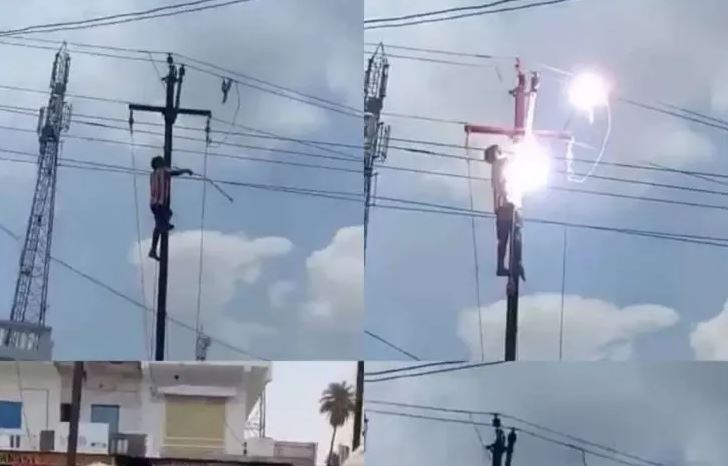 A man has been electrocuted while attempting to save a bird trapped on a high tension wire.

In the video, the man climbed on an electric pole armed with a long metal. As he tried to hit the bird to free it, he hit the high tension wire with the metal and he was electrocuted. The spark caused him to fall to his death.

He saw a pigeon fluttering in 11KV power cables, desperately trying to free itself from the grip. Without pausing to think prior to risking it all to free the poor bird from the death-like clasp of the power cables, Vaghela ascended the 50-feet high electric police, carrying a stick in his hand to rescue the bird.

“Soon, people gathered in large numbers and tried to dissuade him from his dangerous attempt. They tried to bring him down thrice, but an adamant Vaghela climbed up the fourth time but met his fate when a massive coil of the current threw him to his death,” a report published by The Times of India stated.

As he touched the high voltage electric wire, he suffered an electric shock. He was catapulted through the air and landed on the ground 50 feet below. He died on the spot.