The Bar expressed its commendation in a statement signed by its Chairman and Secretary, Messrs Pius Oiwoh and Andrew Lawani respectively. 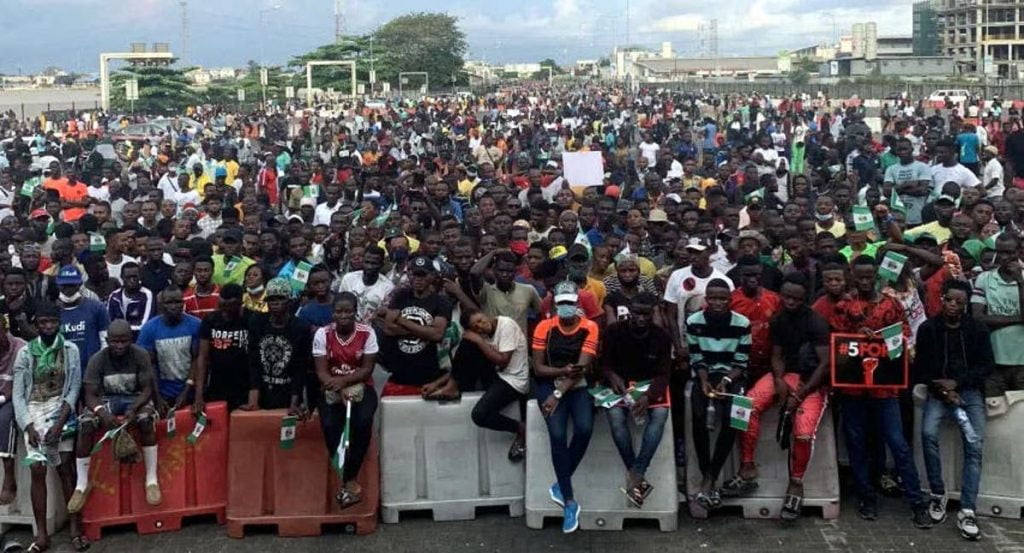 The Nigerian Bar Association, Benin Branch has broken its silence following the release of the Lagos State Judicial Panel on EndSARS.
The Bar commended the panel for its timely report after the inquiry into the 2020 protests.
NBA in a statement signed by its Chairman and Secretary, Messrs Pius Oiwoh and Andrew Lawani respectively commended lawyers who provided free legal services to victims.
It  added that the Bar was delighted to stand by the unrivalled finding of facts determined by the panel.
Recall the Lagos State Judicial Panel on EndSARS submitted its report to the Lagos State Government on Nov. 15.
The panel was inaugurated on Oct. 19, 2020, to look into citizens’ complaints of rights abuses by operatives of the Police Special Anti-Robbery Squad.
The panel, led by Justice Doris Okuwobi, sat for more than one year, listening to testimonies of petitioners, witnesses, experts, and lawyers.
Reacting, the NBA in its statement on Wednesday described the report of the panel as a job well done.
“The NBA Benin Bar welcomes the report of the Lagos State Judicial Panel of Inquiry on restitution for victims of SARS-related abuses and other matters.
“We salute the retired Justice Doris Okuwobi-led panel for the courage, activism and doggedness which it displayed in coming up with an all-encompassing report.
“Members of the panel have written their names in gold.
“We also extend special commendation to our colleagues who appeared for many of the victims and many of them did this on pro-bono terms; they have displayed the finest traditions for which the Bar is known.
“The Lagos panel has made far-reaching findings and recommendations which enjoy wide acceptance.
“We hope the panel set up by the governor of Lagos State will come up with a Whitepaper speedily so as to give effect to the recommendations of the panel.
“We hope also that the content of the Lagos report would serve as a lesson to all,’’ it stated.
The Bar also advised other states who had set up such panels to make their reports public to engender public confidence.
Top Stories