Armed Robbery Suspects Arrested In Imo, POS Recovered From Them


They were arrested for dispossessing victims of their valuables along Isu-Njaba road of the state. 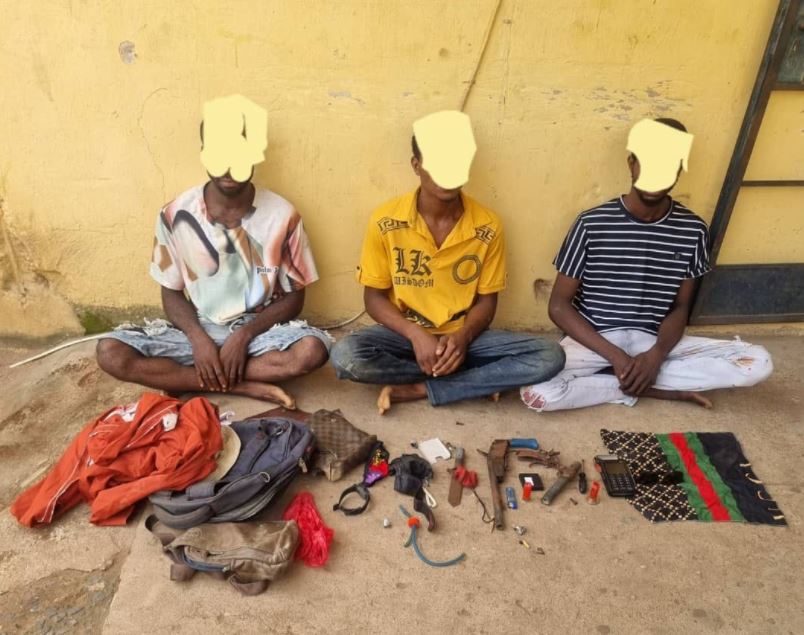 Three suspected armed robbers have been apprehended by the Imo state police command.

He said the suspects were brought to the station and on interrogation, they confessed to the crime and mentioned one Ozor Nwako, a welder, as the one who manufactures and sells the locally made guns to criminals. They admitted to having bought the two recovered guns from him.

Abattam further revealed that on November 2, the gallant tactical teams stormed the house of the manufacturer of the locally made gun, Ozor Nwako of Isiozi Umuakachi in Isu Njaba LGA of Imo State, where he was arrested and his house and premises searched. A generating set was recovered and brought to the station.

He added that an investigation is ongoing and efforts are on top gear to arrest other members of the gang mentioned during interrogation. However, as soon as the investigation is concluded the suspects will be charged to court.