The Minister of State for Petroleum Resources, Timipre Sylva has revealed the cause of the spike in the prices of cooking gas. 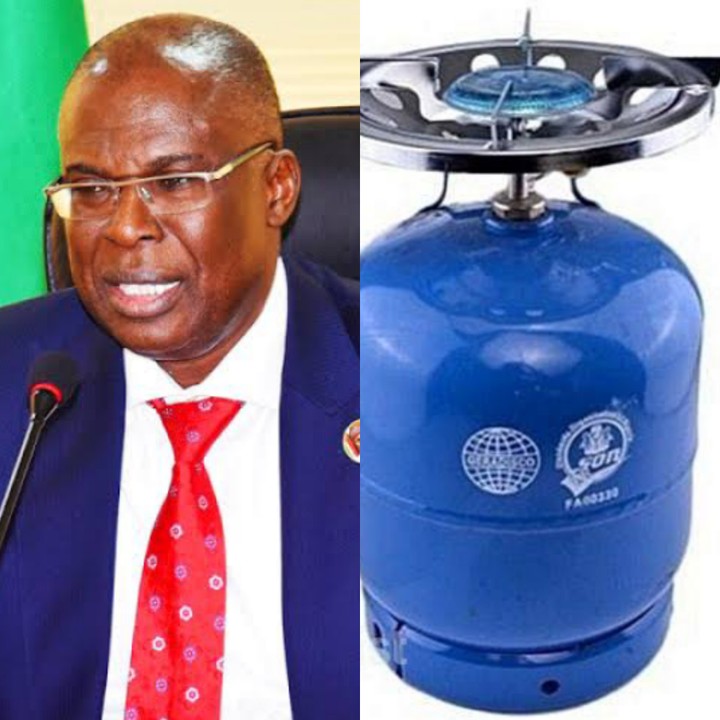 The Federal Government is helpless on the issue of rise in the price of cooking gas.
This comes after FG yesterday, declared it has no control over rising prices of cooking gas in the country.
Buhari has also directed Minister of State for Petroleum Resources, Timipre Sylva, to proceed to Nembe, Bayelsa State, to investigate the level of damage from the recent oil spill in the area.
Sylva made the disclosure while fielding questions from newsmen at the Presidential Villa, Abuja.
The Minister said he was at the State House to introduce to the President the CEO, Nigerian Midstream and Downstream Petroleum Regulatory Authority (NMDPRA), Faruk Ahmed, and the CEO, Nigerian Upstream Petroleum Regulatory Commission (NUPRC), Gbenga Komolafe.
Explaining what was responsible for the spike in the prices of cooking gas and what the authorities were doing to address the situation, Sylva said the government has no control over the price increase and cannot subsidise the product because it is fully deregulated
While stressing that gas prices are determined at the international market, the minister said government is doing everything possible to bring down the price, especially during the Yuletide.
He said: “We must understand that cooking gas is not subsidised. It is already a deregulated commodity. So, the price of cooking gas is not determined by government or by anybody in the industry. In fact, gas prices are determined internationally.”
“And you all are aware that in Europe, today, gas prices have gone up. There was even crisis in Europe relating to gas prices. So, the pricing of gas internationally affects also the price of gas in the country.
“These are the issues of balancing that the midstream and downstream regulatory authority are handling. And I want to assure you that we are quite concerned. Mr. President also is very concerned. He is aware that the price of gas is high in the market, and we’re doing everything trying to see how we can bring down the price of gas especially as we approached the Yuletide.”
Top Stories