Man Takes His Own Life After His Fiancee Was Murdered (Photo)


The couple had been vlogging their summer road trip in a van through national parks in the US on social media. 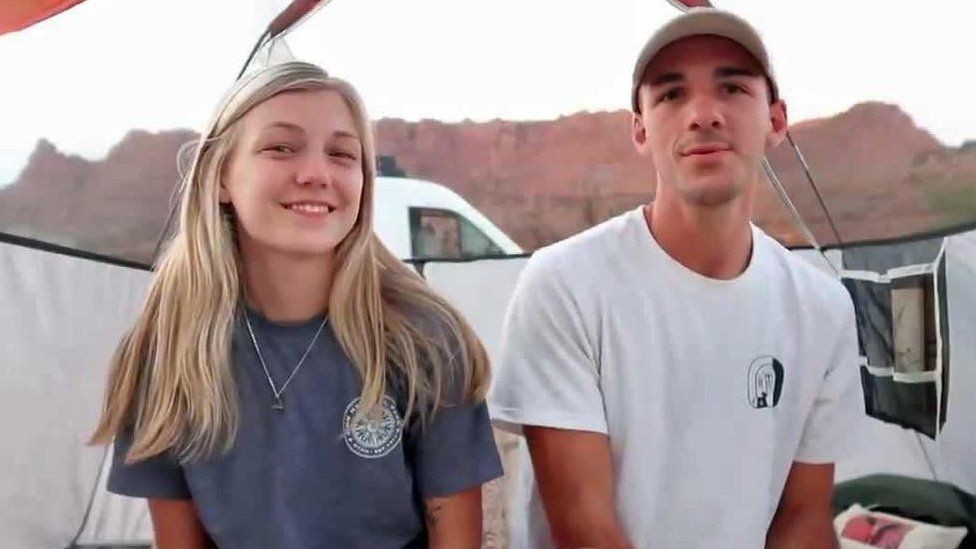 Gabby Petito and Brain
A man, Brian Laundrie has taken his own life after his fiancee was murdered in the United States.
His fiancee, US blogger/youtuber Gabby Petito was murdered sparking a nationwide media attention.
However, Brian Laundrie who couldn't take the news of her death, took his own life.
The revelation was made by his family's lawyer in a statement.
The case of Petito, 22, and her fiance Laundrie, 23, sparked nationwide media attention.
The couple had been vlogging their summer road trip in a van through national parks in the US on social media.
But Petito's parents reported her missing on 11 September after they had been unable to contact her for a fortnight. Her body was eventually discovered in Wyoming, where the couple had been travelling, on 19 September. A coroner later found that she had been strangled.
Police later found out that Laundrie had returned to Florida without Ms Petito on 1 September. Her family repeatedly appealed for her fiancé and his family to co-operate with investigators, but he then went missing himself.
His parents told police they last saw him on 13 September - when he went hiking alone and never returned.
His body was discovered in a Florida park on 20 October after a month long police search. His body was identified using dental records.
His family has now released a statement through their lawyer revealing his cause of death.
"Chris and Roberta Laundrie have been informed that the cause of death was a gunshot wound... and the manner of death was suicide," the family's lawyer said.
"Chris and Roberta are still mourning the loss of their son and are hopeful that these findings bring closure to both families," Steven Bertolino told ABC Action News.
Top Stories