The victim, according to reports was on her way to clean the church ahead of the Sunday service when she was gruesomely murdered by yet to be identified killers. 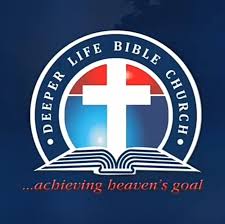 Unknown persons have killed a Deeper Life Bible Church cleaner.
The middle-aged woman identified as Mrs Omode was hacked to death by suspected killers at Iwaro Oka, in Akoko Southwest local government area of Ondo State.
The victim, according to reports was on her way to clean the church ahead of the Sunday service when she was gruesomely murdered by yet to be identified killers.
Vanguard gathered that the victim said to be a member of Deeper Life Bible Church in the community was killed in the early hours of yesterday.
A member of the church said that her dead body was dumped in front of the church located at Ọwalusi
”The victim is a worker in the church, she’s in the habit of coming to church very early on Sunday morning to sweep and clean the chairs before the main service.
”The report we heard from one of the brothers that came early to the church this Sunday was that her dead body was met in front of the church.
”It was like she was slaughtered by her killers because a deep cut was seen on her neck.
”We are still worried who would have done such things to this helpless woman. Who did she offend to warrant such a gruesome death?
”The church members are disturbed about the development. Because the reason for her death remains a mystery.
The leaders of the church declined to comment when contacted on the ugly incident.
Contacted, the state police image maker, Funmi Odunlami confirmed the murder of the woman.
Odunlami said it was a case of murder adding that her dead body was dumped in front of the church.
According to her” Police detectives have commenced investigation into the gruesome murder of the woman.
”We would soon fish out her killers and bring them to book."
The image maker said that the corpse had been deposited at the general hospital.
Top Stories