The suspect was arrested on Sunday, December 5, following a report lodged at Idiroko divisional headquarters. 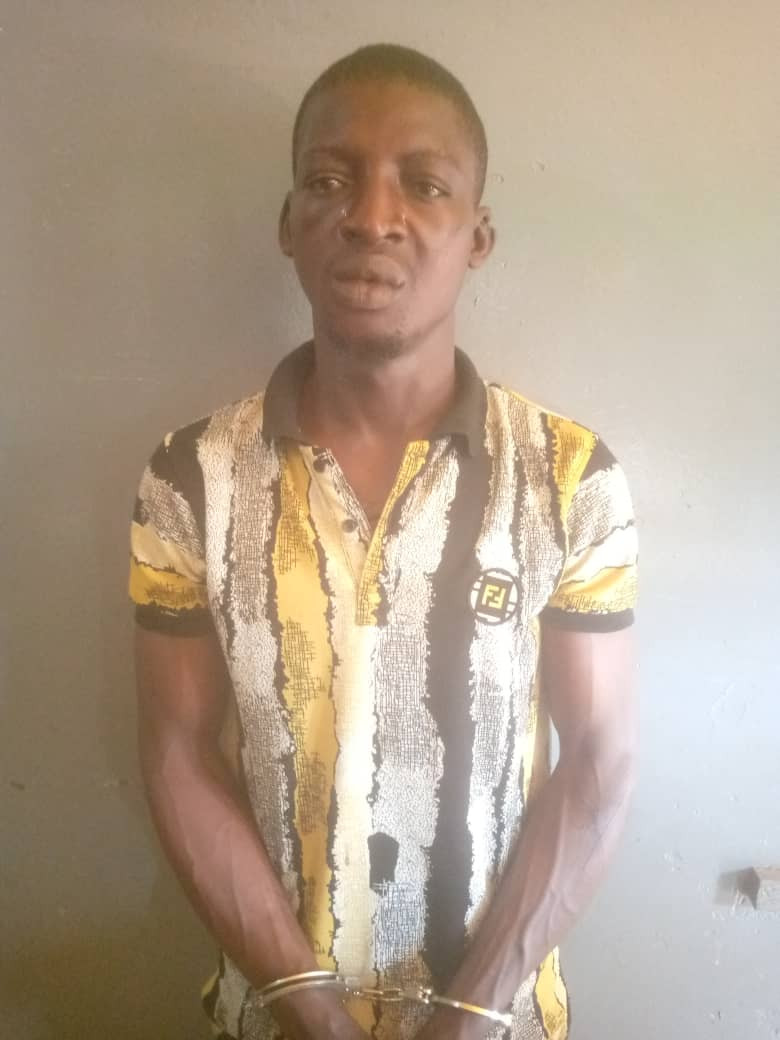 Adebiyi
Policemen in Ogun state have arrested a 32 -year-old man, Biodun Adebiyi for allegedly beating a cigarette seller to death.
The man who lives at no 35, Oladun street Ikotun Lagos allegedly killed the 30-year-old cigarette seller over #50 balance.
The suspect was arrested on Sunday, December 5, following a report lodged at Idiroko divisional headquarters by the father of the deceased, one Adamu Abubakar, who disclosed that the suspect came to his shop at Ajegunle area of Idiroko at about 2 pm to buy cigarettes and his son Mukaila Adamu attended to him.
He stated further that at about 10 pm, the suspect came back and demanded for his #50 balance. This led to an argument between him and his son, and in the course of the argument, the suspect descended heavily on his son Mukaila Adamu with a fist blow, consequent upon which his son collapsed and was rushed to hospital where he was confirmed dead.
Confirming the incident, DSP Abimbola Oyeyemi who is the spokesperson of the state police command, said upon the report, the DPO Idiroko division, CSP Shadrach Oriloye, quickly led his men to the scene, where the suspect was promptly arrested. He said the corpse of the deceased has been deposited at the mortuary for autopsy.
He said the state commissioner of police CP Lanre Bankole has ordered the immediate transfer of the suspect to the homicide section of the state criminal investigation and intelligence department for further investigation and diligent prosecution.
Top Stories