The actress spotted the plumber’s worn out, dusty shoes when he came to her house for a job, and she decided to gift him new pairs. 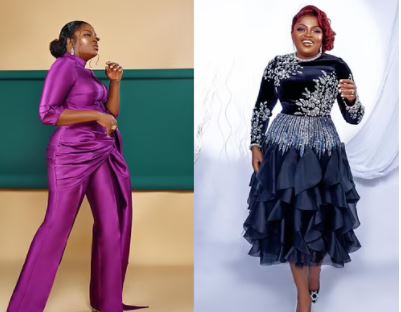 Funke Akindele
Nollywood actress, Funke Akindele has blessed her plumber.
According to the star, she was touched after seeing his worn out shoes and decided to gift him new ones.
A video she shared on her Instastory shows the worn out shoes the plumber wore, and another video captures the moment she told a lady to give the young man two brand new pairs of shoes.
The mum of two has been praised on social media for blessing the young man, while others chided her for filming the act.
See reactions below:
@sir_eltee wrote, “She really has a kind heart and was observant to know the shoe needed to be changed. God bless her. Even the little things matters!”
@pelummy wrote, “I’m not gonna say she’s not a good person for giving, but why do they gotta record everything!”
@laviva_bae wrote, “The shoe has seen good and bad days 😂😂😂😂”
@dor_collections wrote, “Perphaps you are asking why she needed to record it, The reason she recorded it is to inspire YOU to give 😊😊 Her message is simple, Treat people around you well, your house keeper, cook, plumber, gate man etc”
Watch the video:
Top Stories